We propose a model where a two-person society is considered. We study the allocations generated by a system where life is organised on the basis of economic principles consistent with the ideas of the anarchist philosophers of the 19th and 20th centuries. The «anarchic model» turns out to be, in general, inefficient in terms of allocations, as opposed to the system generated by the capitalistic firms and by a «communist» organisation; on the other hand, in anarchy the equity principle, interpreted as symmetry in allocations, always obtains. 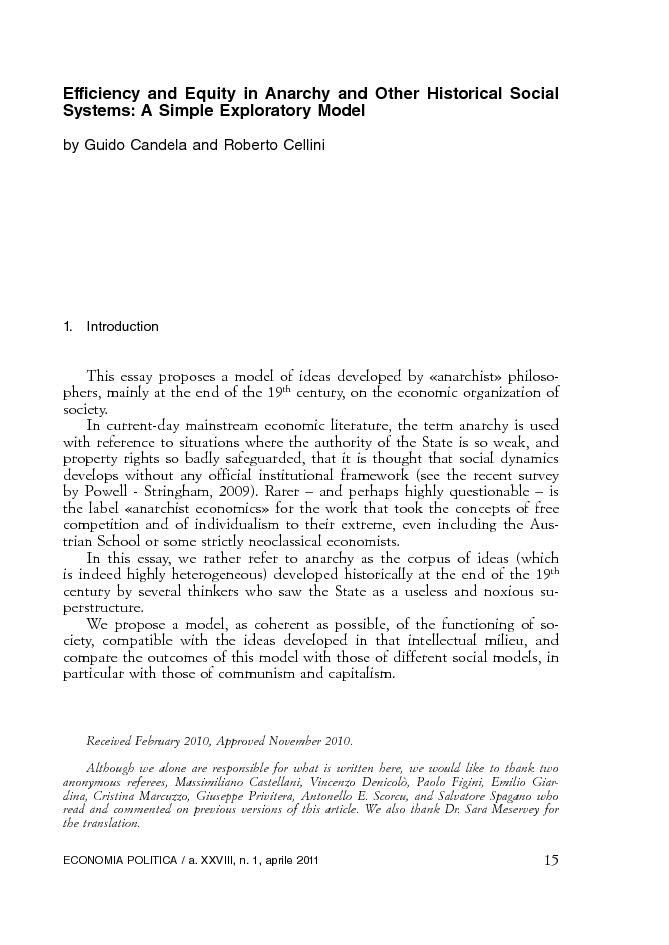