The aim of this paper is to analyse the neo-Schumpeterian approach of Aghion-Howitt with reference to the 1992 (basic model), 1997 and 1998 versions, setting some further hypotheses necessary for the steady state of positive growth not included in the original contributions. I demonstrated that with a number of different, plausible non-neoclassical hypotheses on technology we can dispense with the process of creative destruction and the steady-state growth rate. We modified the technological hypotheses including in the Aghion-Howitt type model with heterogeneous goods, used as means of production of other goods, the concave trend of the techniques envelope (1992; 1997; 1998) in a significant part, and considered increasing returns in the Cobb-Douglas functions proposed by the authors (1992; 1998), so as to have a positive relation between wage and labour (for the 1992 and 1998 versions) and between rate of interest and capital (for the 1998 version). As a result we found that with these non-neoclassical hypotheses on the technology, which appear in principle hard to rule out, process of creative destruction and positive steady-state growth rate do not exist. The intention here is in fact to demonstrate that the widely acclaimed endogenous growth models like the Aghion-Howitt model are liable to the above criticisms, given that the results turn out very differently with the introduction of non-neoclassical hypotheses. Such hypotheses must therefore be taken into due consideration when studying these models in terms of their implications for theory and policy. 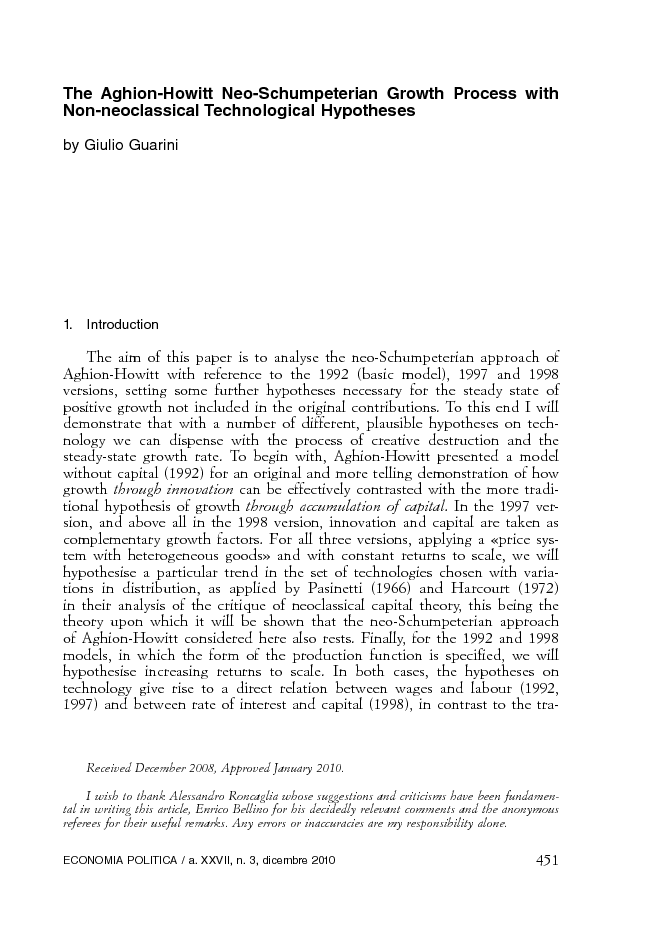