The establishment of Pareto's contribution, the general equilibrium of the "Cours d'économie politique" (1897), the complete assimilation of pure economics to rational mechanics, the removal of every psychological element trough the use of the "material fact of choice" in the "Manuel d'économie politique" (1906), the diffusion of mathematics in economics, all of it was destined to create embarassment, controversy, shake-up, confrontation and some victims. In particular Pantaleoni found himself in some difficulty because of his way of making the economic science, rapidly forced to come to terms with Pareto's innovations. This article aims to give an account of some of the aspects within the dialogue between Pareto and Pantaleoni on the above mentioned issues. It also intends to explain, in light of what already mentioned, the significance of Guido Sensini's positions and the ensuing controversy that widened to the extent of raising questions on Pareto's teaching methods and on his master-student relationship. 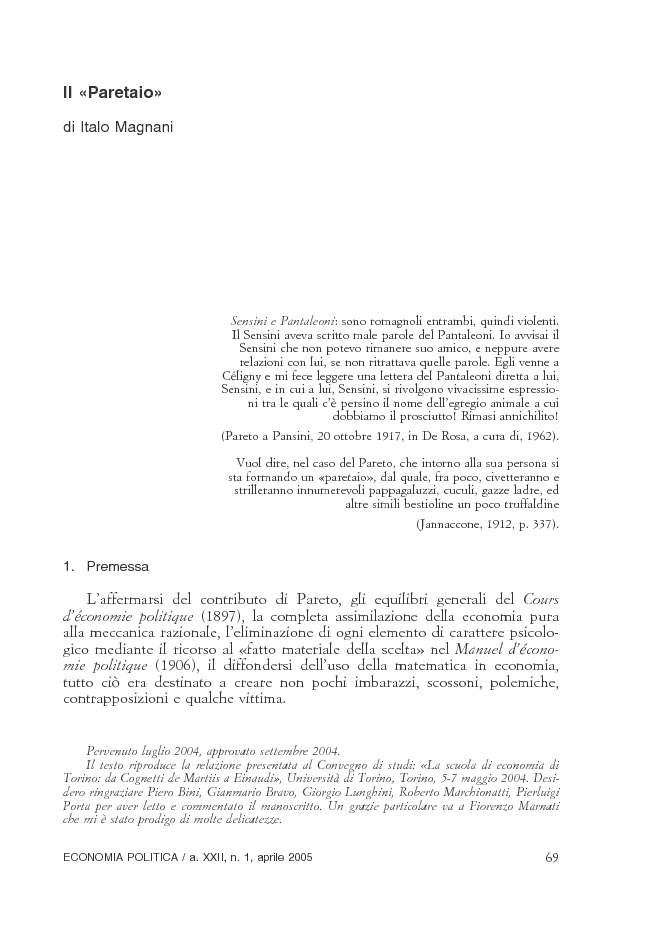