Thanks to the debate on the so called ｫreservation wage paradoxｻ, it is fairly well known that job seekers in Southern Italy report, on average, higher reservation wages than in Central and Northern Italy, despite much higher unemployment in the South. It is less well known, however, that upon entering a job, Southern job seekers accept wages that are significantly lower than their own wage expectations as well as lower than the wages accepted by their counterparts in Central and Northern regions. According to the European Community Household Panel, the entry wage of 81% of those Southern workers who have found employment in the eight-year period covered by the survey is lower than the reservation threshold indicated in the latest survey interview. The median value of the reduction of entry wages with respect to reservation wages is 40% on an hourly basis for the Southern group of unemployed who found a job while the corresponding figure for the Centre-North is only 14%. In this article we revisit the debate on the role of wage expectations in influencing unemployment and its regional distribution by documenting North-South disparities in entry wages as well as in reservation wages. We show that not only is the regional disparity in entry wages larger than in reservation wages but also that this finding persists after controlling for statistical selection and the time elapsed between the survey interview and actual entrance into employment. 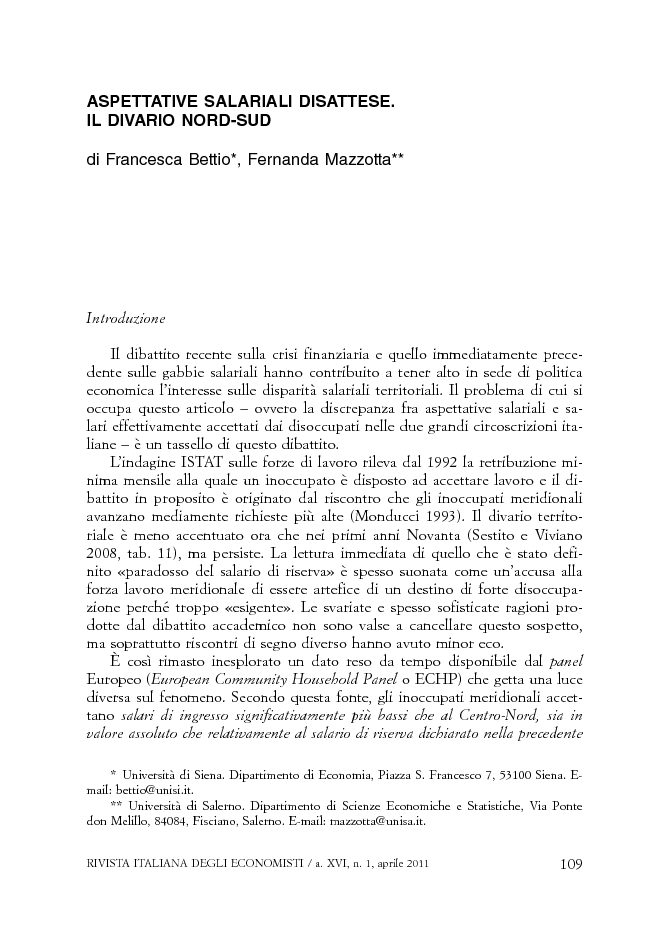