The article provides a systematic test of the consequences of the electoral system for the format of the party system and the frequency of single-party majority cabinets. The test is based on Lijphart's 1994 data set (extended from 1990 up to November 1st 2002), but excludes some of his cases, and introduces an additional indicator of the number of parties. Thanks to these changes in the research design, the variance explained by multivariate regression turns much higher than Lijphart's results, especially as long as the elective parties (i.e., the psychological effects of the electoral system) are concerned. At the same time, the post-1990 data show a decline of the predictive power of the main independent variable ("effective" threshold). In order to explain this decline, the author argues that the growing destructuration of western parties and party systems occurring since the early nineties should be taken into account. Indeed, entering into the regression an indicator of such a process (total net volatility) compensates for most of the threshold's lost explanatory power, thus suggesting that destructuration is a far more significant variable than previously recognized by the relevant literature. 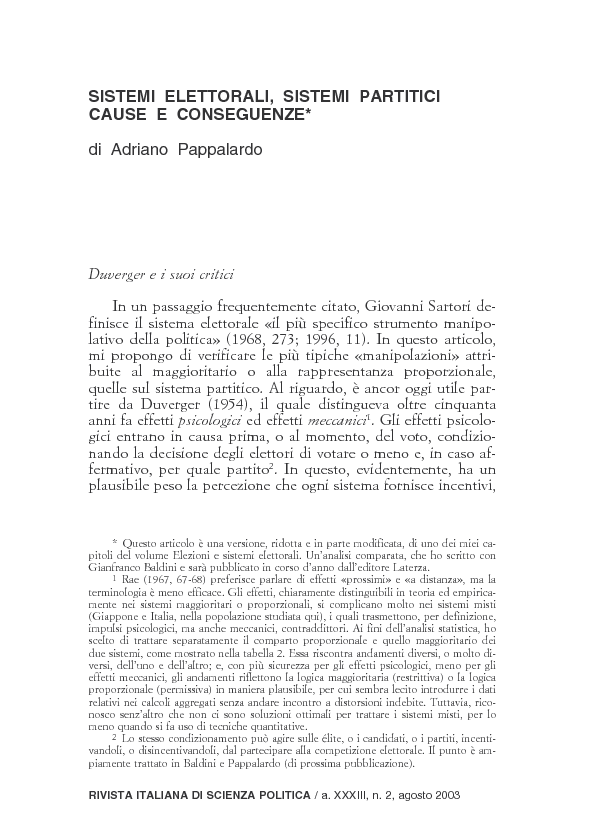