'Participatory Democracy' and 'Deliberative Democracy' are two terms that have entered common use, but you certainly cannot say that the meaning attributed to these two notions of democracy are identical or even similar. Indeed, in many cases, and in many current debates, the two terms are confused or conflated. The article contends that a debate on these issues is particularly useful, and that a promising approach might be a theoretical reconstruction of the genealogy of these two notions of democracy: namely, a survey that seeks to bring to light the history of these two concepts, their first formulations, and the conceptual (but also historical and political) matrix that may be identified at the roots of their genesis and development. In this article, we will relate only one chapter of this history: the 'transitional phase' that can be traced in some texts that go 'beyond participatory democracy', that is to say the works of Jane Mansbridge ("Beyond Adversary Democracy", 1980) and Benjamin Barber ("Strong Democracy", 1984). These works entailed an approach which, in many aspects, was still "within" the discussion on 'participatory democracy', but at the same time introduced many novelties, thus opening paths to a successive stage, and indicating some possible bridges to a deliberative view. 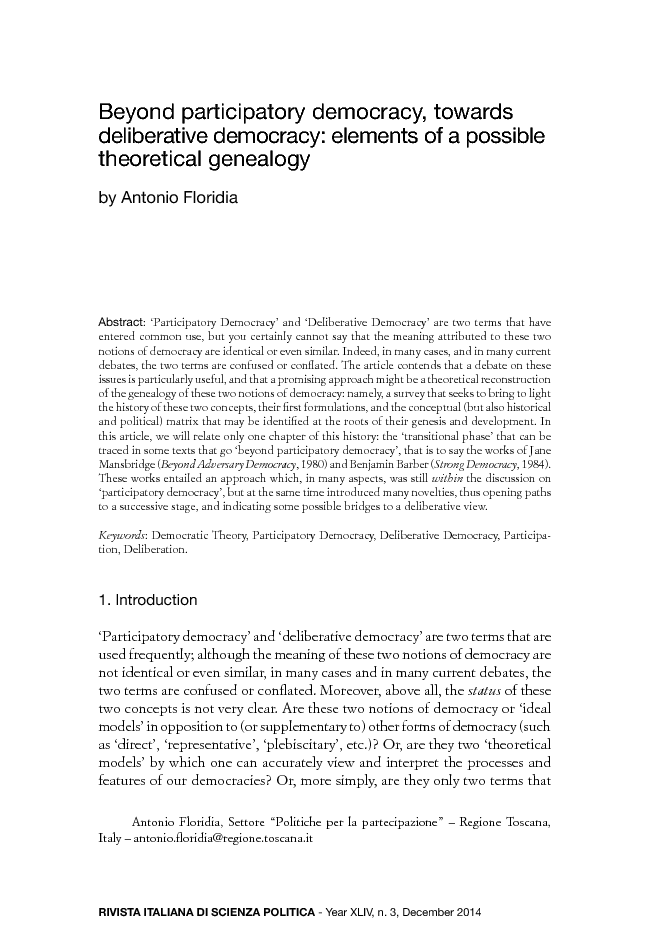