Recent studies have noted that warfare has declined markedly in recent years. This reduction in global conflict has prompted a curious wave of in-fighting within the liberal school of international relations, where scholars are debating the causes of this new peace. While democratic peace theory enjoyed a general consensus during the 1980s and 1990s, some have recently suggested that the attenuation of violence is attributable to the spread of capitalism. This debate has important policy implications, as it could suggest whether fostering economic growth or democracy would be most constructive in promoting peace. Drawing from recent contributions to this discussion, we reconstruct the story of the broader liberal peace, tracing the substantive results obtained over the past three decades, highlighting the problems plaguing each type of peace (Kantian, democratic, commercial, and capitalist), and addressing the questions that remain open in the field. 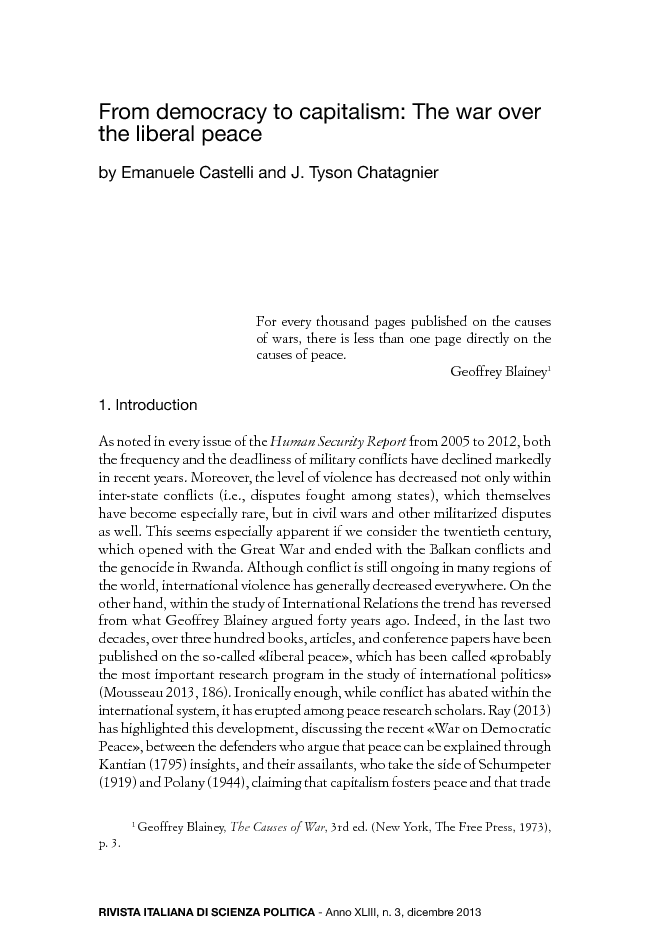