Social media have become increasingly relevant in election campaigns, as both politicians and citizens have integrated them into their communication repertoires. However, little is known about which types of citizens employ these tools to discuss politics and stay informed about current affairs and how they integrate the contents and connections they encounter online with their offline repertoires of political action. In order to address these questions, we devised an innovative online survey involving a random sample representative of Italians who communicated about the 2013 general election on Twitter. Our results show that Twitter political users in Italy are disproportionately male, younger, better educated, more interested in politics, and ideologically more left-wing than the population as a whole. Moreover, there is a strong correlation between online and offline political communication, and Twitter users often relay the political contents they encounter on the web in their face-to-face conversations. Although the political users of social media are not representative of the population, their greater propensity to engage in political conversations both online and offline make them important channels of personal communication and allow the contents that circulate on the web to diffuse among populations that are much broader than those that engage with social media. The electoral significance of these digital platforms thus reaches well beyond the immediate audiences that are exposed to political contents through them. 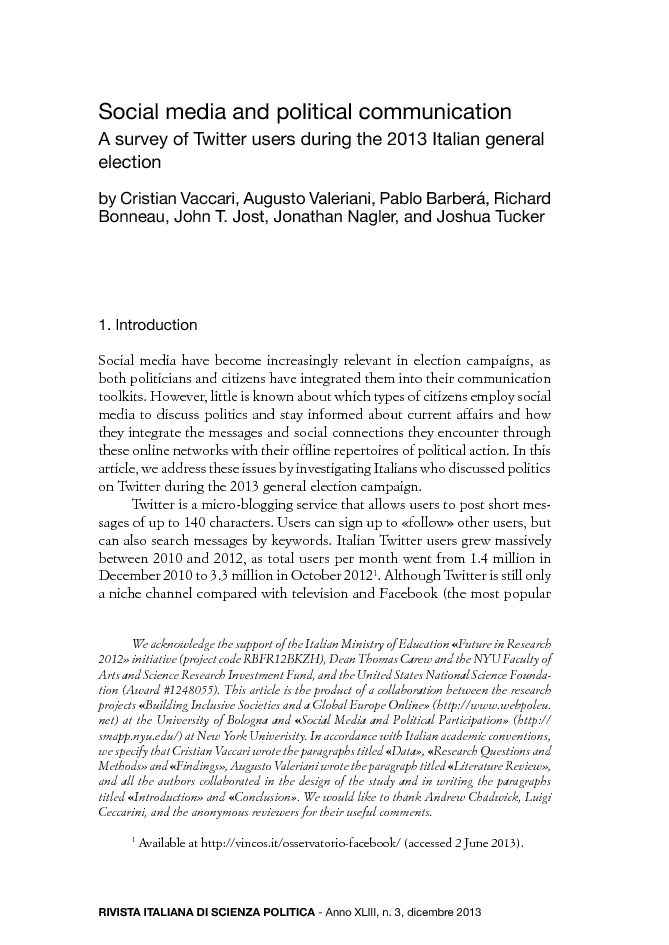