Weber's thought has been the object of recurrent interpretative controversies regarding its ontological and epistemological assumptions, its theory of action, the notion of axiological rationality and its position toward values, power and the state. Recent scholarship has however strived to outline a more balanced reading of Weber'opus. The paper revisits some classical Weberian passages and arguments with a view to identifying and highlighting theoretical «links» capable to mediate between the interpretative polarities which have been confronting each in the literature. The focus is on the nexus between science and politics, i.e. a foundational theme of the Weberian doctrine regarding ontology, knowledge, power and values. Such theme s of particular interest as it cuts across a theoretical agenda which currently engages virtually all the neo-institutional schools in political science, i.e the inquiry about the relationship between knowledge and political decisions, «puzzling» and «powering», expertise and democracy. After reconstructing the basic traits of Weber's ontological assumptions, the paper reconstructs the internal logics of the intellectual and political spheres and the nexus between objectivity and truth, on the one hand, and the ethics of principles and responsibility, on the other hand. The conclusion outlines the contours of a possible neo-Weberian consensus on some foundational questions of contemporary political science. 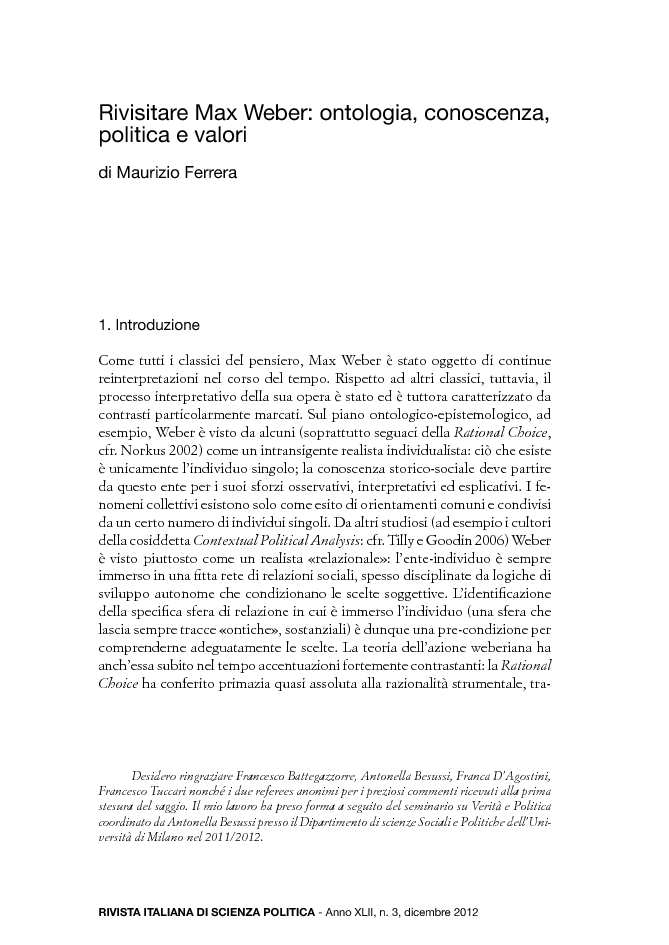