Since the end of the Cold War new practices of external interferences in the domestic affairs of states has shown an unprecedented relationship between international intervention and democracy promotion. Indeed, the new generation of peace-building missions aims thoroughly at the democratization of the target country. Moving from the paradoxes brought about by the goal of democratization, the paper offers an explanation of the power-sharing between international officials and local political actors. On the one hand, a democratic approach fosters self-determination, tends to grant sovereignty and independence to the target country and understands the international mandate as temporary. On the other hand, the goal of democratization entails the establishment of enduring neo-trusteeship, violating the sovereignty and independence of the states that suffer external intervention. The paper focuses on three case-studies - Bosnia, Kosovo and East Timor - to assess how those paradoxes result in conflicting attitudes by international officials, who concede and maintain political and executive powers creating an international-domestic power-sharing in the target country. 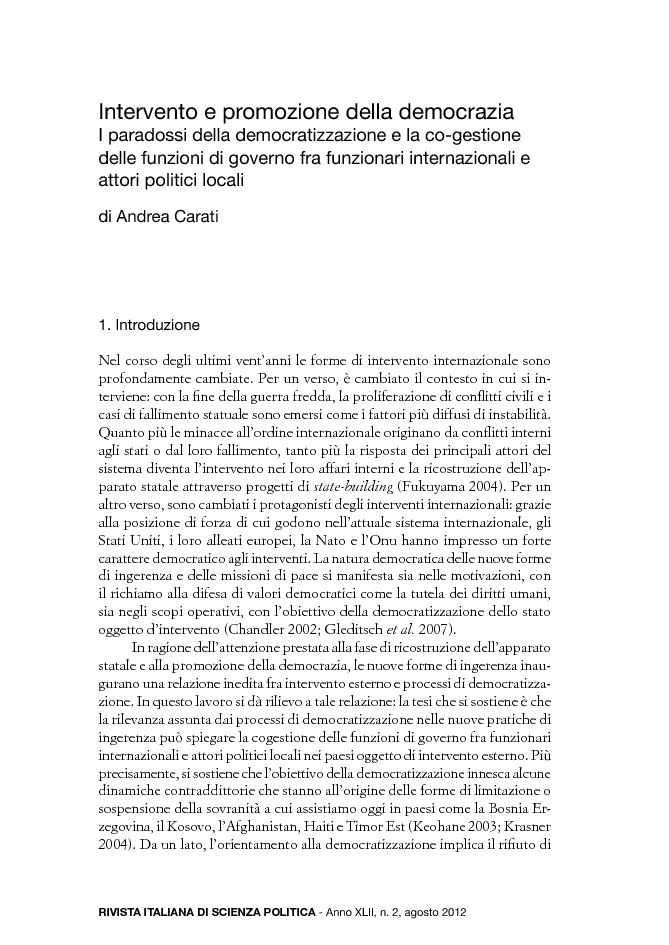