The intergenerational transmission of political traits within the family, in particular from parents to children, has been widely discussed in the political literature during the 1950s and 1960s, and also recently several studies have put in evi¬dence the persistence of such a linkage. The paper aims to compare the level of similarity/dissimilarity between parents and children on the key dimension of Left-Right self-placement in two different periods. Our recent survey (2010) on a representative sample of parent-child dyads replicates the research conducted in 1975 by Samuel Barnes and Max Kaase (Eight Western nations) on a sample of adolescents (16-20 years old) and their parents. Results show the emergence of important discontinuities over time. The general level of parent-child political dissimilarity has remained the same, but its direction has reversed. In 1975 diverging orientations were mainly rooted in dyads of right-wing parents/left-wing children, while today they prevails where children are right-wing and less interested in politics. Moreover, unlike the 1970s, similarity on Left-Right dimension is no more related to other similarities on attitudes and political orientation, as the two political-ideological labels had lost any specific political content. 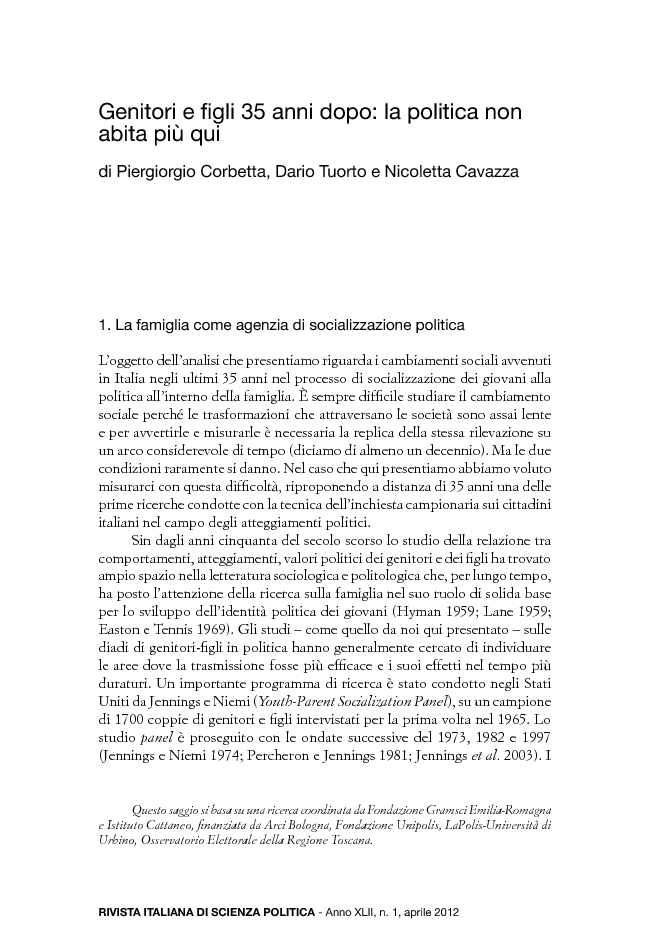