Italians are among the stronger supporters of European integration process: they have developed a considerable sense of attachment to the new social-political entity called Europe, probably by the fact that it is considered a source of benefits and could give them a more efficient political system than domestic one. Nor does the sense of attachment to their country, rather accentuated in Italy, threatens the feelings toward Europe. To be sure, the role of national attachment is different, according to the meaning of national identification. The civic national identity increase Italian Europeanism while cultural national attachment depresses it. These evidences, in contrast with previous research, are probably due to the recent enlargement of Europe to Eastern countries on the one hand threatens the cultural heritage, on the other reduces the benefits granted and could lead Italy among the Eurosceptic countries. Italians now have a domestic political system efficient, by virtue of stabilizing the national political scenario and with the inevitable reduction of EU benefits, due to the eastern enlargement, they could change the attitudes toward Europe. Mainly if Europe, now, threatens national culture and traditions and especially if Euroscepticism is a relevant issue of many influential parties and the same national government. 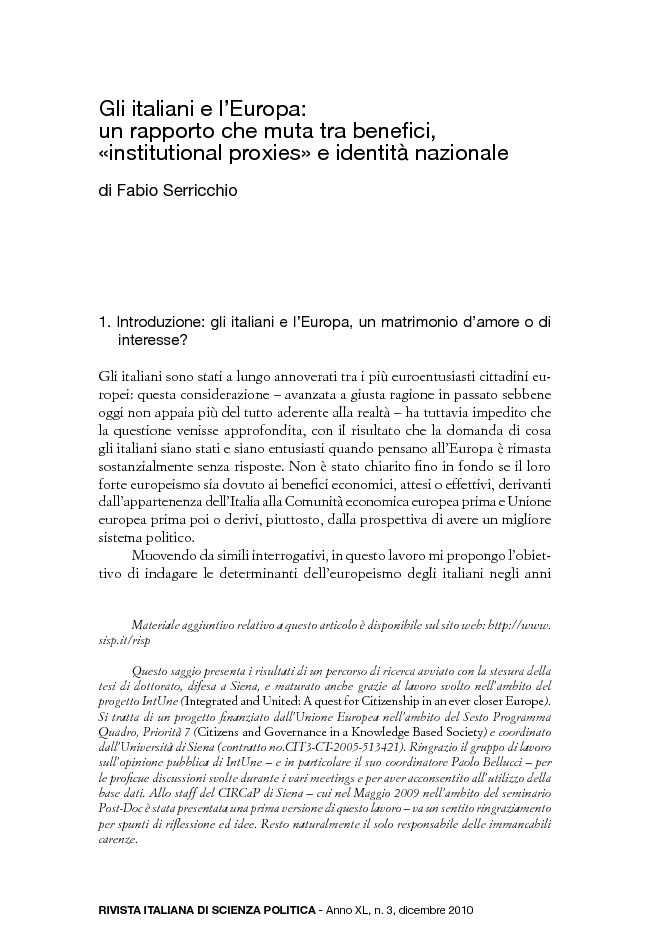