We analyze the troubled coalitional dynamics of the 3rd Italian Parliament (1958-1963), ended with the birth of the centre-left formula bound to led Italy till the beginning of the 70s, using spatial theory of parties' coalition. By employing the concept of herestetics firstly introduced by William Riker, we test the hypothesis that the new leadership of the Christian Democratic Party (DC), gathered around Aldo Moro, deliberately exploited the largely shared value of the antifascism to influence the outcome of the party competition that reached its climax with the crisis of Tambroni's government (July 1960). The aim sought was to reshape the Italian policy space in order to end the intraparty debate within the DC around government alliances, and to set the Christian Democratic Party in a stable winning position inside the Italian party system. 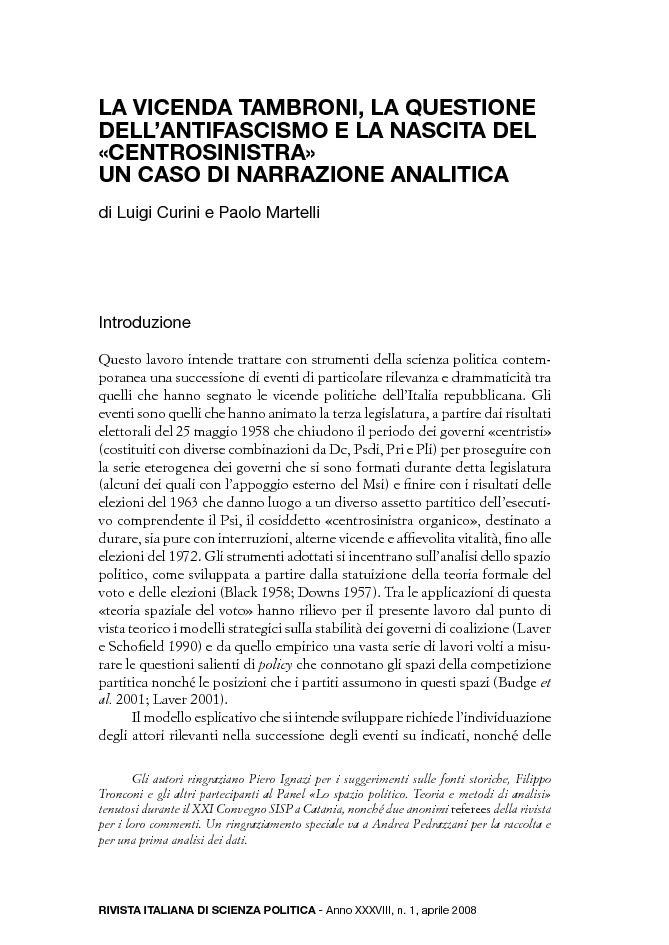