In October 2005 the leftist coalition - the "Unione" - organized a primary national election in order to select the candidate for the role of Prime Minister. It was a typical example of an open primary, where all citizens were enabled to participate with no reference to their partisan status. This article examines two topics. First, problems concerning turnout measurement in open primaries are scrutinized, and an estimate at provincial level is proposed using results from the parliamentary 2006 election as a benchmark. Second, several models are assessed to shed light on some independent variables influencing different amounts of turnout at provincial level. This empirical research shows that turnout is greater where the main leftist party - Democratici di Sinistra - are strong and the social capital is more diffused. Also, turnout differences can be explained by a good result of the "favorite son" candidate Clemente Mastella and a scattered network of poll stations. Last and least, turnout is barely depressed where local politics is strongly different from national politics. 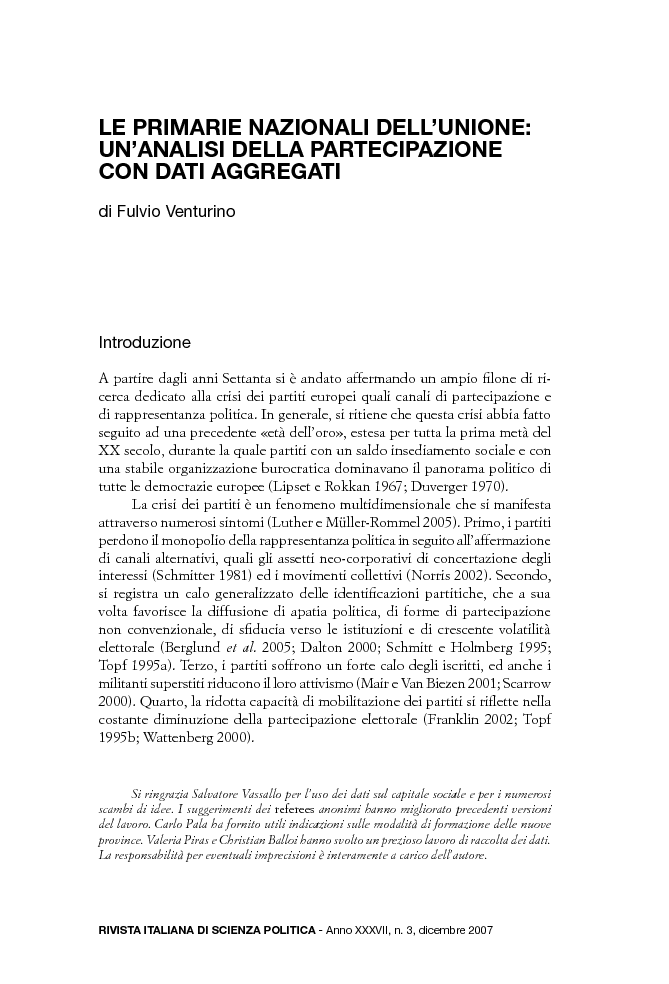