This paper focuses on the patterns of institutional regulation of the labour market in Italy and in Germany. It intends to demonstrate, as opposed to what is mainly suggested by the corporatist literature, that the regulation of the Italian labour market, also during the nineties, is based on concertation and exchange routines between the public actors and the social actors, whereas in Germany the institutional regulation of the labour market is the result of a clear division of labour between the political system and the industrial relations system. The historical reconstruction of labour market policies in the two countries from the seventies to the nineties allows the Author to interpretate the Italian pattern of regulation as a case of path dependency, that is of change through adaptation, and the German model, on the contrary, as a case of substitution of the policy paradigm, that is of institutional learning. To this purpose, the first and the second generation of the studies on neo-corporatism are examined, in order, on the one side, to test the validity of their hypotheses as for the Italian and the German case, on the other to connect them to the recent new-institutional analyses, which are likely to represent a more promising theoretical perspective. 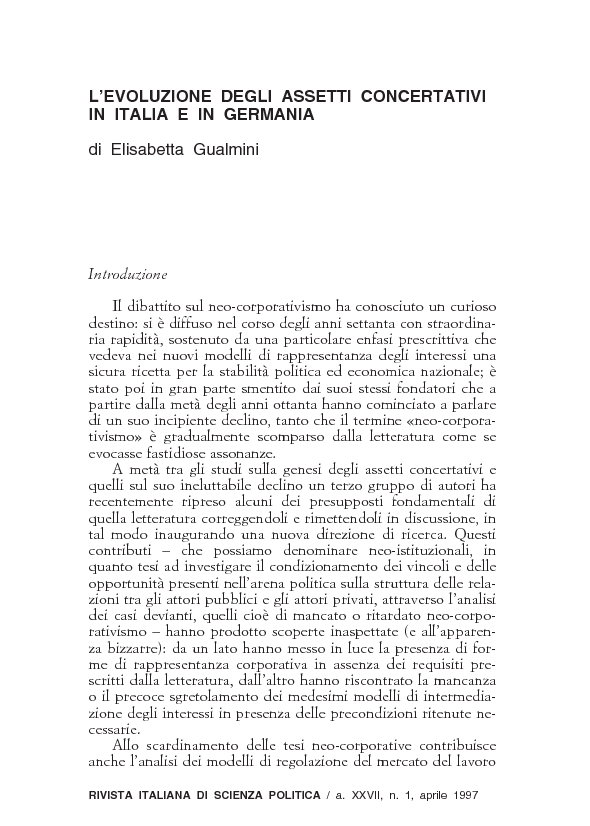