How do States define and protect their «strategic» industries? After more than three decades since the waves of privatization begun in Europe, States did not entirely give up their willingness and capacity to define some economic sectors as strategic. Instead, they have devised strategies to protect industries operating in such sectors, either limiting the possibility of foreign acquisitions or regulating how companies acquired by foreigner entities should operate. Yet, analyses of how European states define such interests and vigilate over them are scarce. This article identifies a specific policy domain consisting in the regulation of property rights and more specifically in the powers enabling governments to define strategic industries and interfere in the transactions regarding them. Empirically, the paper provides evidence on the varieties of institutional arrangements and policy strategies emerged in the four largest economies of the region such as France, Germany, Italy and the United Kingdom. Two macro-patterns seem to emerge: on the one hand, the scope of state regulation of France and Italy has been broad and the policy tools more intrusive than in Germany and the UK. On the other hand, we found that agency matters in determining specific policy outcomes. 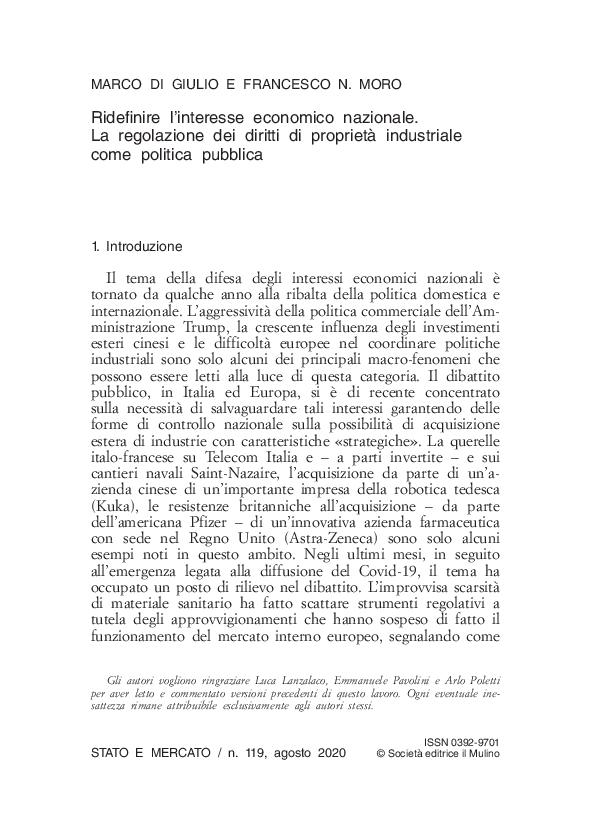