Assuming that, among the different meanings, populism can be defined as voting for far right-wing parties, the article aims at looking for those that may be its social roots. In East European countries, the rise of populism is strictly connected to nationalism, but also to fall of the soviet-like society, which granted some «privileges» to the working class. In West European countries, the polarization of employment and the downgrading of social status of blue-collar workers are the main reasons; yet, we can add the shift from social rights to civic rights in the political arena. Furthermore, the recent large inflows of economic immigrants and refugees emphasized the rise of populism by breaking the social cohesion and supporting the «welfare chauvinism» among natives. Finally, also the collapse of the «ideology of work», mainly Marxist oriented, sped up the shattering of solidarity among the workers. 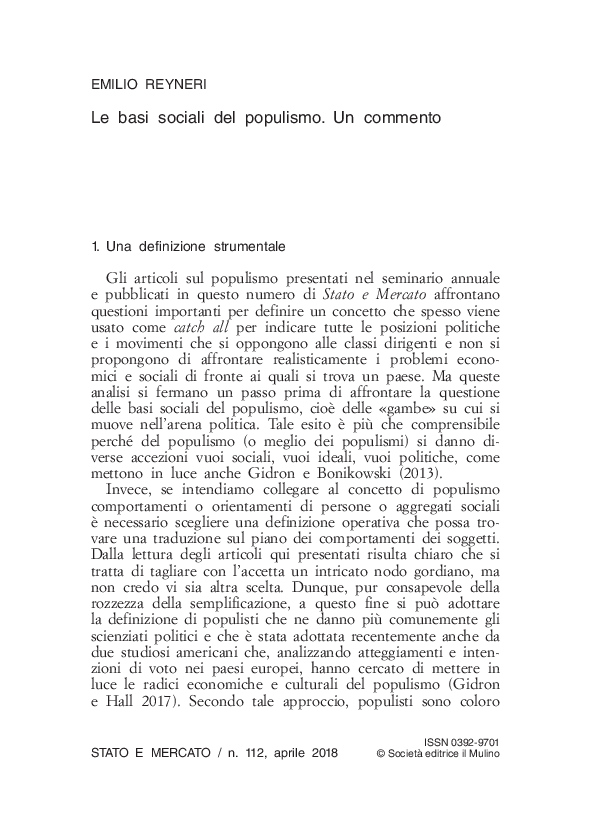