The paper probes into the relation between debt, capitalism and democracy. It makes two contributions to existing literature. First, on the basis of case studies of four heavily indebted countries, Greece, Hungary, Ireland and Latvia it empirically tests the claim that increasing indebtedness has been crucial for the survival of capitalist democracies in recent decades, as it has allowed democracies to «buy time» (Streeck 2014a) and pacify votes in the face of an increasingly disembedded capitalism. Second, it explore the strains on democracy that have afflicted the four countries during the debt crisis. The paper shows that there are varieties of «buying time». Building on the notion of debt culture developed by Dyson (2014), time buying in Greece and Hungary took the form of a welfare protectionist debt culture, whereas in Ireland and Latvia debt has oscillated between a stability and consumer culture. Debt cultures have also impacted on the politics of the crisis response: In Greece and Hungary, where debt was deeply ingrained in the political economy, populist forces have staged debt revolts against their creditors, whereas in Ireland and Latvia mainstream parties have by and large accepted creditors' conditionality. The paper concludes with three hypotheses on the relations between debt cultures and political responses. 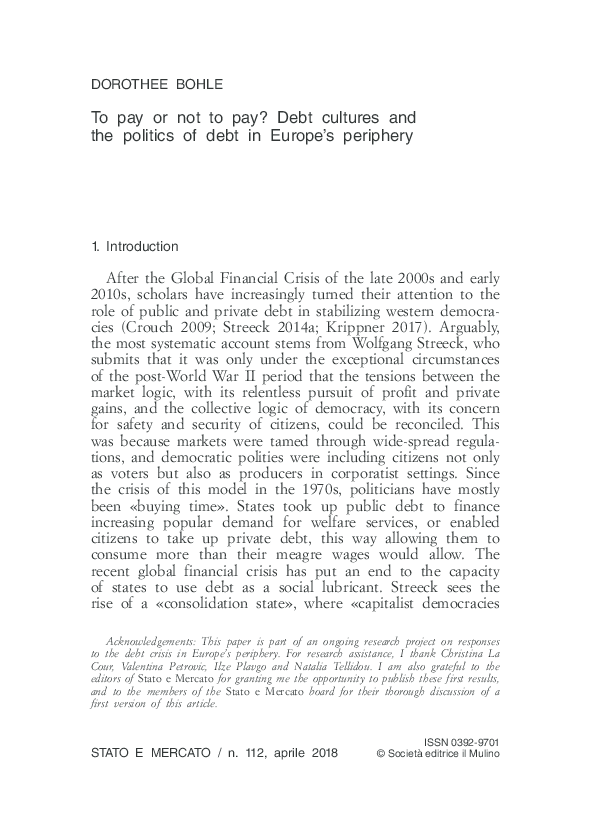