The article tries to answer an apparently simple question: why such a giant - Max Weber - in the fields of studies relating to capitalism and democracy is rarely mentioned in the recent literature on the conflict between capitalism and democracy, a literature on which his fellow giants - Marx and Polany - are towering? In order to answer such a question, a short historical review of the two post WW2 phases of capitalist development is provided: in the first one, the so-called Golden Age, such a contradiction was not prominent, whereas it came back in force in the second, neoliberal phase, in which we still live. Those who are trying to explain this change are very often referring to the analyses of Marx or Polanyi: why not to Weber, to my view the greatest student, among the classics, of both capitalism and democracy? This question is tackled in the second part of the paper, through an analysis of the theories of our three «giants», the upshot of which is that there are good reasons why Weber is rarely mentioned. Reasons having both to do with Weber's political outlook - his concern with power politics - and with the role of the welfare of the majority of citizens in making a mass democracy viable. 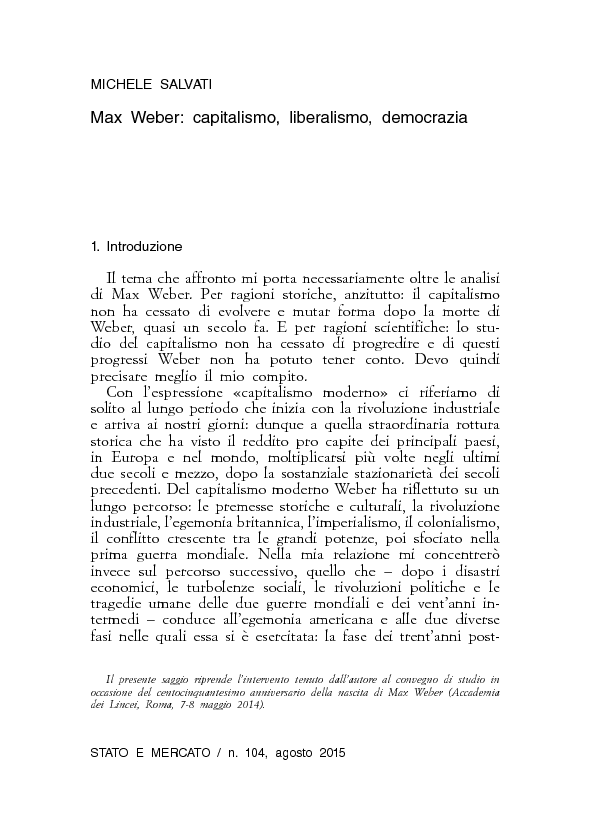