We now know that the (re) discovery of corporatism in the mid 1970s was ironic. At the very moment that academics started using the concept to analyze trends in advanced capitalist societies, the practice had already peaked and it continued to decline during the 1980s. Then, just as many observers had announced its demise, corporatism has risen again and now seems to be carrying its twin burdens of interest associability and policy-making to new heights during the 1990s. The primary "growth potential" for macro-corporatist architects in the future lies in the feverish efforts of national governments to adapt to EU directives, product and professional standards, verdicts of the ECJ and the convergence criteria for EMU. The boundaries, territorial and functional, of interest politics have shifted irrevocably which paradoxically implies a greater not a lesser reliance on previous structures of national intermediation - provided they can be exploited to fulfill new tasks and still manage to reproduce the old loyalties. So, this article argues, the Corporatist Sisyphus is headed back up the hill, goaded as before by an architectonic national state. Moreover, he is just about on time. If previous speculation about a twenty to twenty-five year cycle was correct and if one traces their last downturn to the First Oil Shock of 1973, the corporatist practices should have bottomed out ca. 1985-8 and will be hitting their peak sometime after 1998-9 - more or less at the very moment that monetary unification is (supposed) to occur! 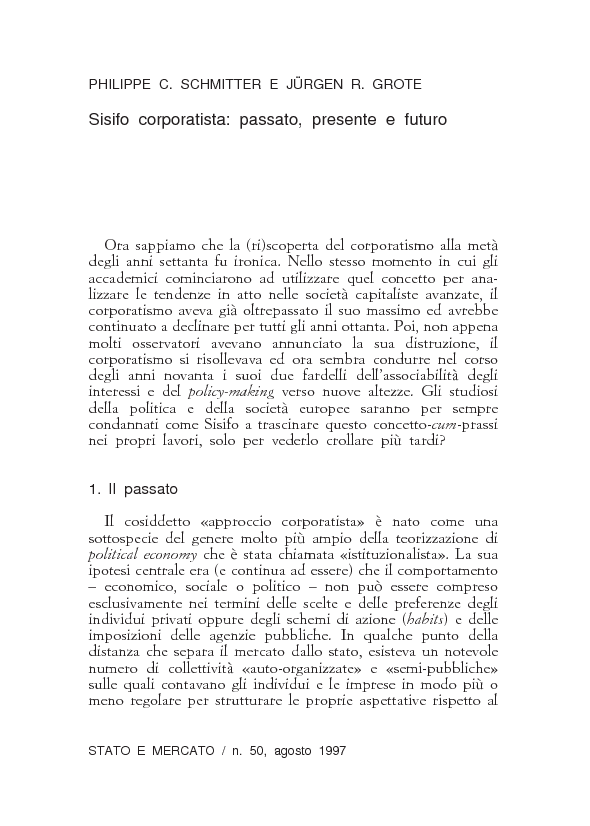