Over the last decade, there has been talk of the crisis of the "industrial " welfare state and its transformation, as far-reaching phenomena which affect society and the system of public policies. In this regard, there has been talk of the advent of a "post-Fordist" model of welfare, of a new welfare state of services, or an "active welfare state". But terminological novelties aside, are we currently witnessing a ""paradigmatic change" in the welfare state"? Or rather a gradual shift of social policies towards new forms of intervention but within a reference framework (the relationship among state, individual, social risks, and the role of public policy) that remains substantially unchanged? And how are social scientists to construe the nature and extent of this transition? The paper obviously does not seek to answer all these questions. It instead intends to initiate discussion of them, starting from the assumption that in order to evaluate the magnitude of the current change, it is first necessary to question a "toolbox" that implicitly presupposes the existence of a model presumed to be in crisis. 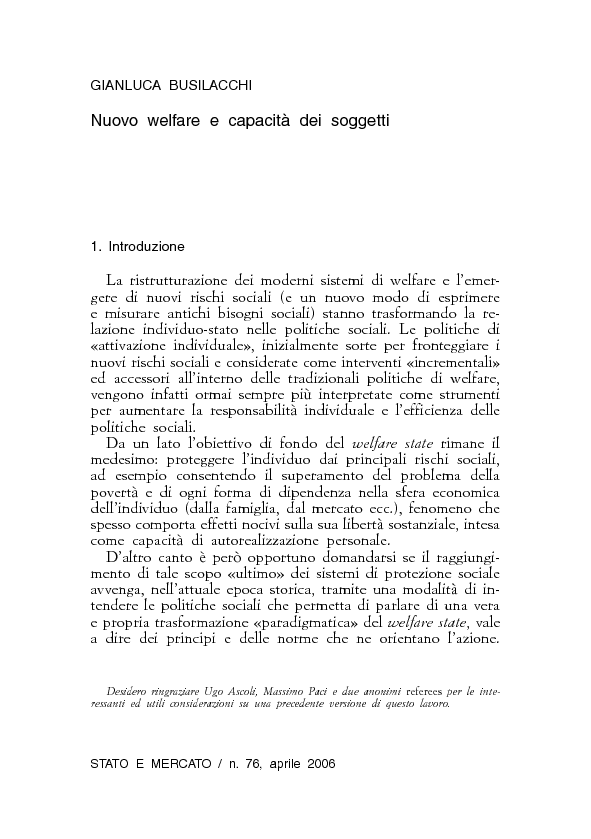