Between the 1950s and the end of the 1990s the incidence of women graduates in medicine increased considerably. Whereas their choices as regards postgraduate specialization were once entirely concentrated on paediatrics, today they are distributed evenly across all specialities, surgery included. Three phases, which seem to have given rise to three different "social constructions" of the female medical profession, can be identified. In the 1950s, marked numerical disparity between female and male doctors, correlated with career choices concentrated on a restricted set of specializations, entailed acceptance of, and adjustment to, the model of male dominance. During the 1960s and 1970s, as the numerical gap diminished, specialization choices of women doctors remained largely unaltered. There was, however, a certain preference for employment in the public sector close to citizens-users, so that work could be reconciled with familial and domestic responsibilities. In the 1980s and 1990s, the numerical imbalance tended to disappear, along with differences in choice of specialization. Women doctors were more willing than their male counterparts to accept the logic of networking and the integration of specialist skills, emphasising the importance of restructuring the Italian health services as envisaged by the reforms of the 1990s. 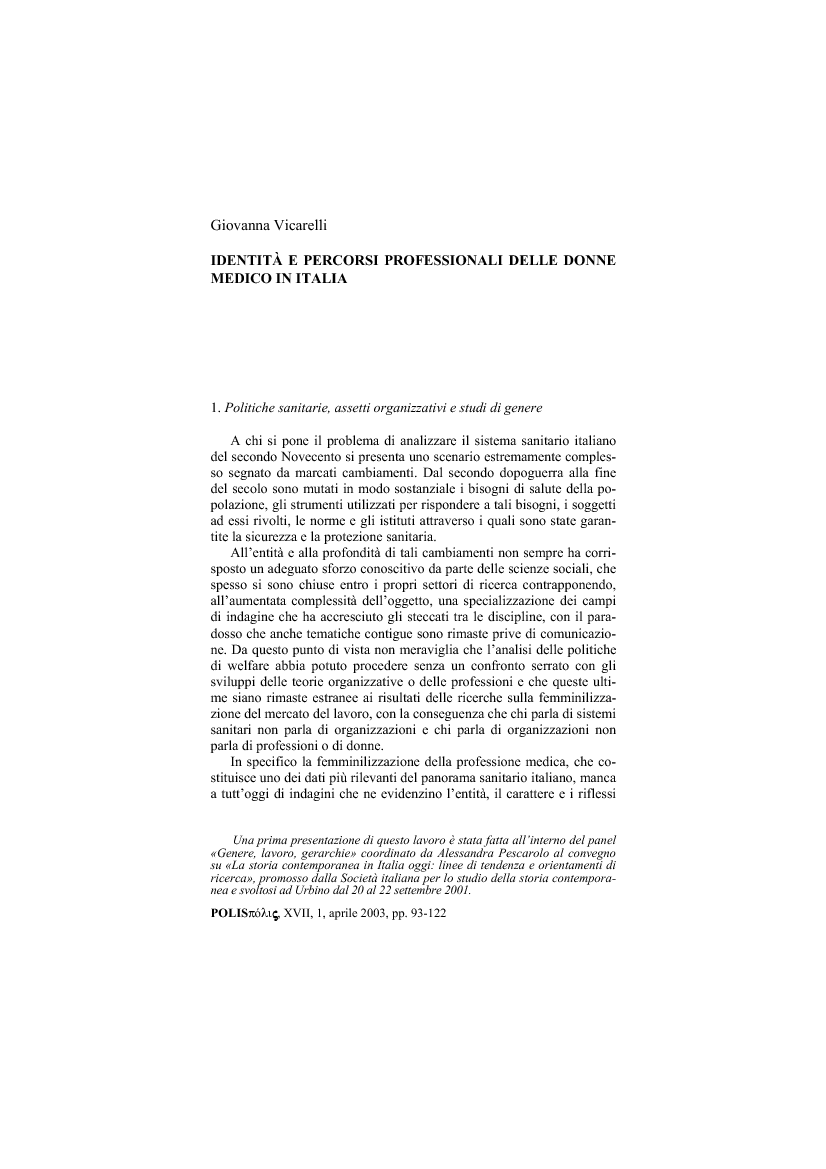