In late years, both public opinion and the scientific community have focused on the infiltration of organized crime in the socio-economic fabric of Northern Italy. Judicial enquiries have given evidence that the Sicilian Cosa Nostra, the Neapolitan Camorra and the Calabrian 'Ndrangheta find it profitable to expand in the so-called non traditional areas, that is, in those areas where organized crime does not, traditionally, wield either an economic or a military control of the territory. This article focuses on the judicial enquiries named "Vulcano" and "Mirror" to sketch the patterns that criminal organizations follow to infiltrate the Rimini area, a part of Italy whose economy relies on tourism. Loansharking and laundering appear to be the main activities carried out by the Neapolitan Camorra. The mobsters show anyway a difference in the way they act, as far as the interaction with local economic actors is concerned. Moreover, the enquiries show how low the relationship between local politics and organized crime is at the moment. 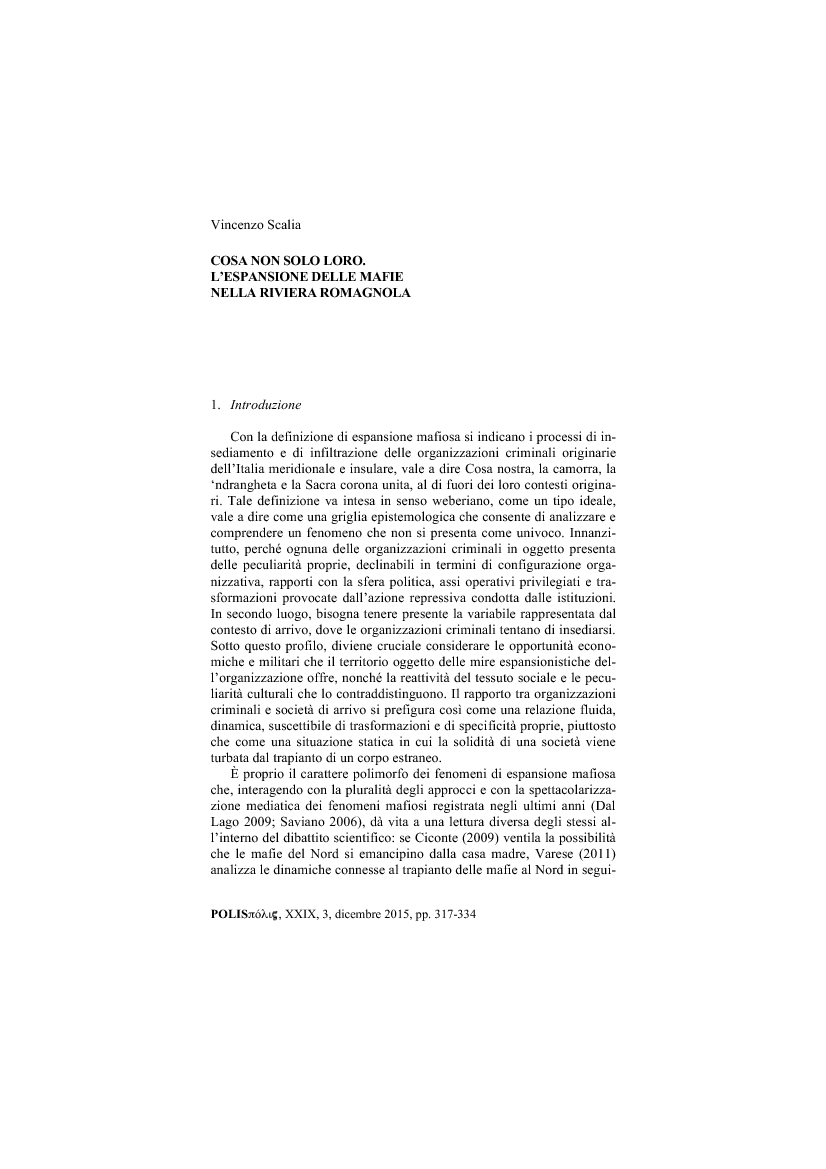