The article reviews a recent book on the Italian parliament, edited by a former speaker of the Chamber of Deputies, Luciano Violante. A ponderous multidisciplinary effort to summarise the evolution of this institution and to discuss its future, this collection of 44 essays presents the parliament not only from a political-institutional vantage point, but also from other perspectives, including: its relationships with society and culture; its role in influencing and transforming general political discourse; its social image in media, movies, and fiction. A major part of the book focuses on reconstructing the historical and political dynamics that have defined the role and the working of parliamentary assemblies. The review designs the fundamental characteristics of the institutional evolution of the parliament, its relationship with government, its internal working. It emerges that the Italian parliament, as other legislatures in democratic countries, has lost traditional roles - especially its legislative function - but is still able to counter current attempts to shift Italy in a majoritarian direction. 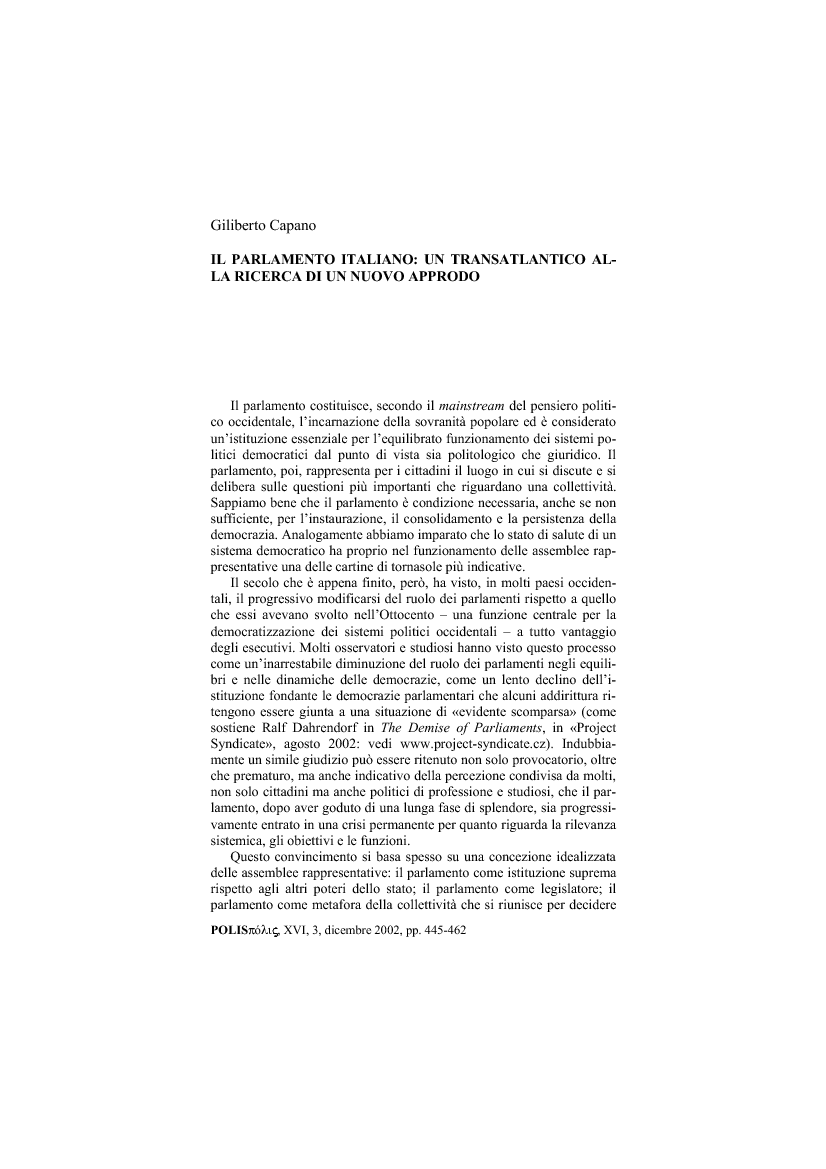