This article looks at the rhetorical strategies of two nationalist parties basing their claim on arguments of economic victimisation of a rich region in the context of the Euro crisis. By analysing the propaganda of the Flemish Nieuw-Vlaams Alliantie and the Northern Italian Lega Nord, it argues that: first, moments of crisis can not only be an occasion of contestation, but also of defence of the existing order (in this case the austerity measures imposed by the European Commission); second, although the current discourse hegemonic at the European level, in which northern productive countries are often opposed to southern lazy ones, matches these parties' description of their own domestic situation, they show diverging opinions concerning the crisis and the ways to solve it. This, we argue, is due to both long-term reasons (relating to Italy's supposed modernity deficit) and short-term ones (the different impact of austerity measures in the two countries). Both parties' discourses are, however, characterised by a strong moral dimension linking their regions' economic success to their people's moral excellence. 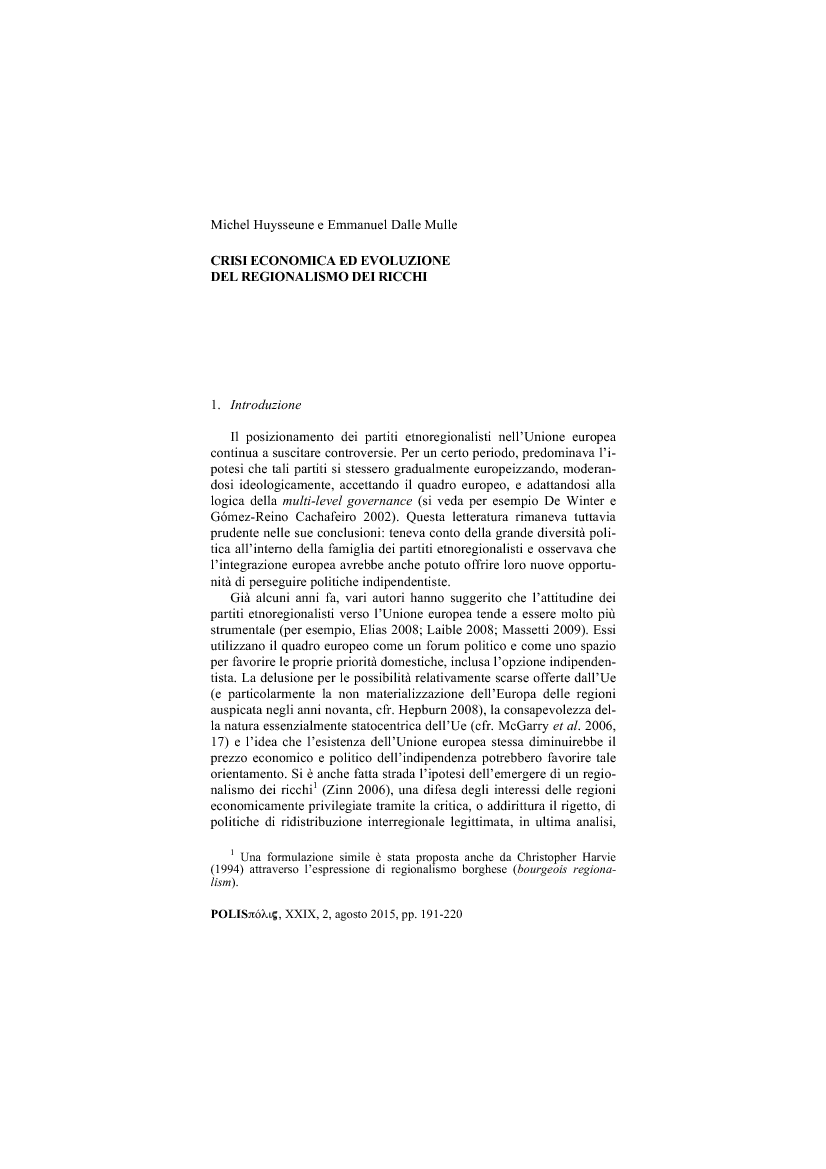