The article focuses on the 2013 Italian general elections, which are indicative of the political and electoral effects that the different electoral reforms have produced in Italy since 1993. The Italian political system has in fact seen three electoral reforms in the last twenty years, after quite a stable period from 1948 to 1993. Following the "classic" approach that links electoral laws and political outcomes, we present data on the effects of the various electoral systems over the past two decades. Detailed information on the number of (effective) parties, representation, party size, government durability, the nationalization of the vote, seats to the two biggest parties, etc. will be presented. Upon illustrating the technicalities of the electoral systems and the related reforms approved in the last twenty years, the expectations of the political players will then be presented too. The data illustrated furnishes a good starting point for deeper analyses and the theoretical consequences that arise. The Italian scenario represents a crucial case in verifying the hypothesis related to the causal effects of the electoral laws on the outcomes of political and party systems. Some counter-intuitive results will also be highlighted. 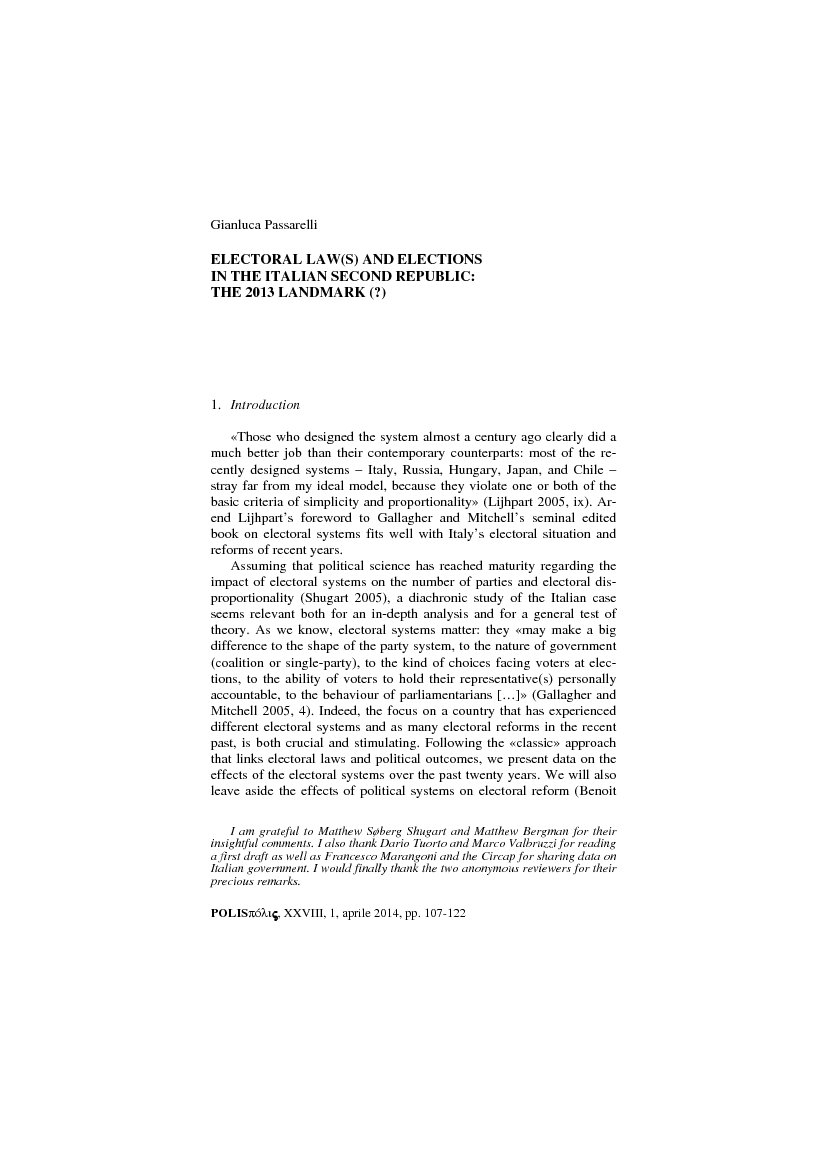