Music festivals can be large events that draw huge crowds and much press coverage, or they can be small events attended by a few enthusiastic fans and garnering little to no coverage. This article focuses on the latter type by approaching not a single festival but some 468 festivals organized by progressive rock enthusiasts in recent decades. Progressive rock is a musical genre that arose in the late 1960s and 1970s, with some of its musicians enjoying notable commercial success in the 1970s and 1980s. From the 1990s onward, however, the genre as a whole mostly went underground, far from mainstream audiences and actors (e.g., major record corporations). While some describe this genre as distinctly English, I join others in emphasizing its transnational nature, for progressive rock has taken root in a variety of nations (including Italy). Indeed, as shown in this article, progressive rock festivals have been part of an infrastructure connecting this underground yet transnational scene of progressive rock, and festivals have played a crucial role in the circulation of Italian progressive rock across national borders. 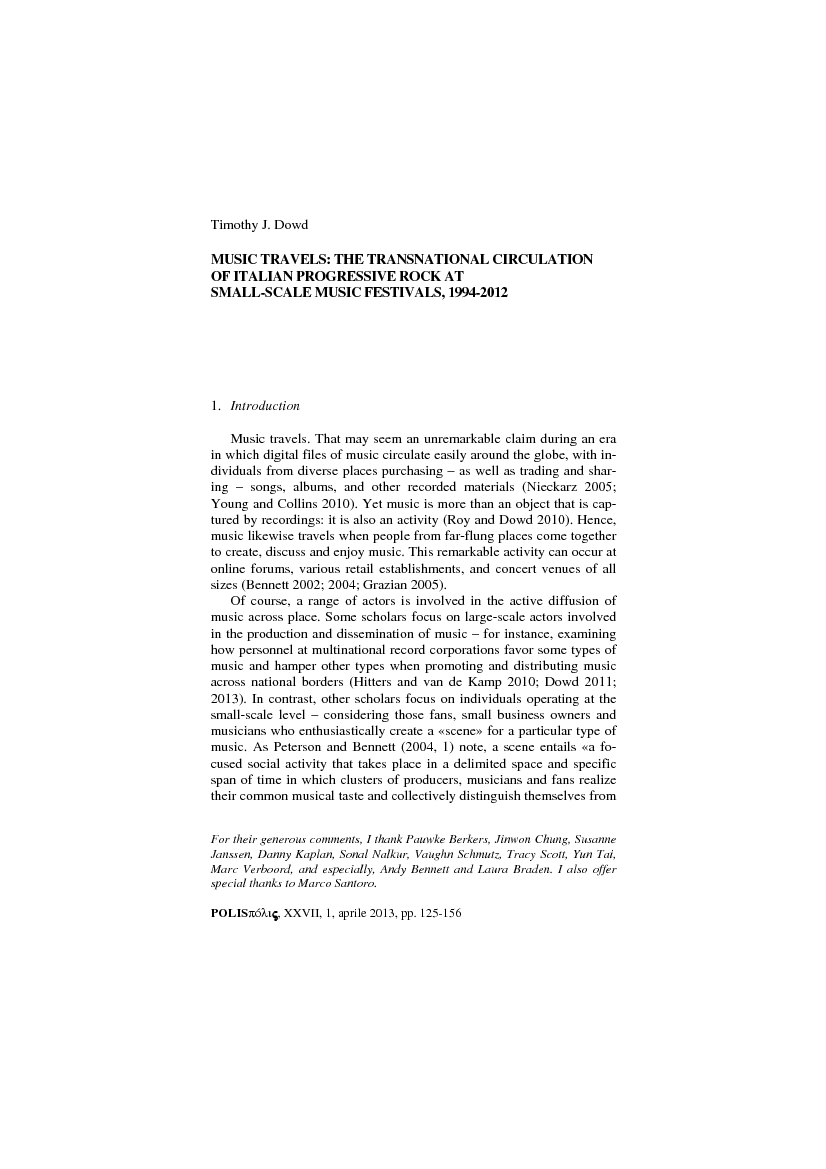