The radical changes that, also in Italy, have affected the political parties, significantly influenced the intensity and the characteristics of the linkage between members and their reference political organizations. A survey carried out in 2011 on a large sample of leghisti activists has allowed us to examine the forms of participation, but also the political attitudes and the ideological dimension of a crucial component of the Carroccio. A party that, probably more than others in the recent years in Italy, has exploited the «communication with the base» as a rhetoric of its political action. Our study highlights how Ln's members are in fact rooted in a dense network of activities and participate regularly to the political life of the organization, exhibiting at the same time a composite political profile and positions. 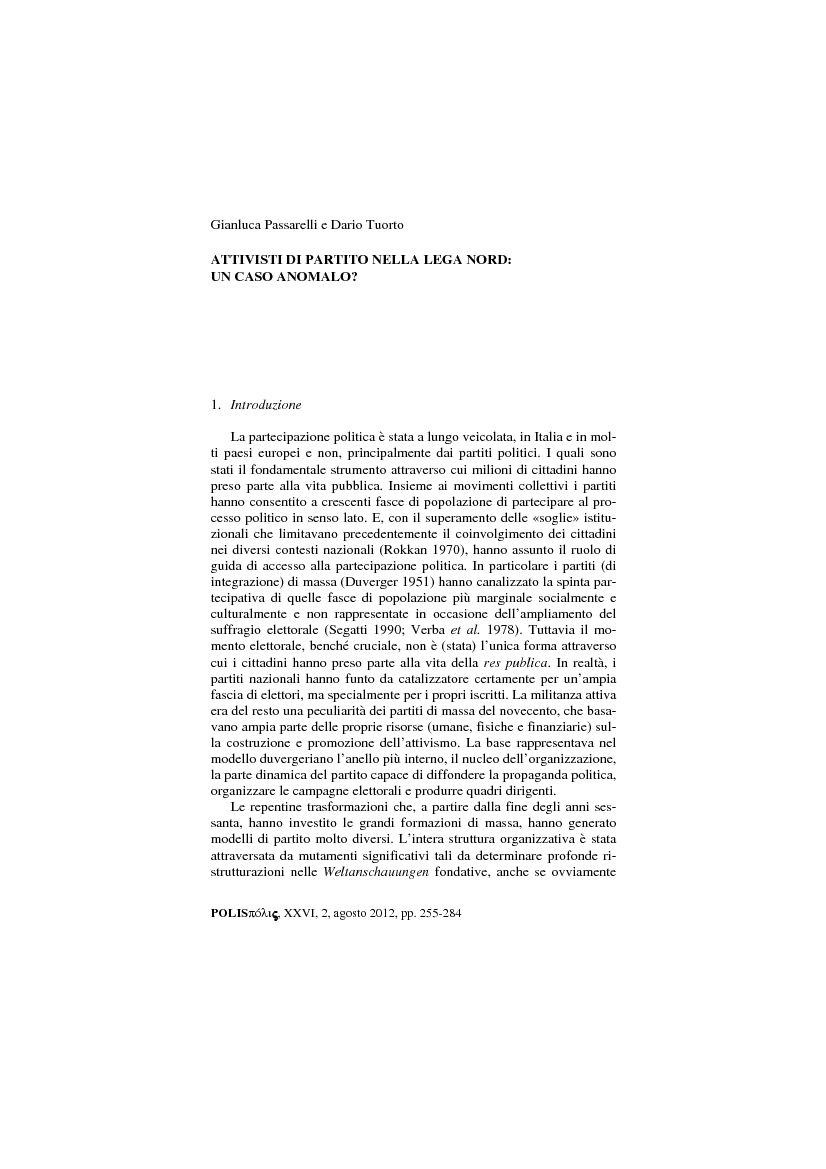