Using data from the five waves of Ilfi, the Italian Household Longitudinal Survey, this paper deals with the dynamics of Italian higher education in the second half of the 20th century. The main goals are to summarize changes in the participation in higher education (enrolments, transition and graduation rates), to analyse whether students' academic results (drop-outs and delayed graduations) have changed over time and among different social classes. Enrolment growth has not been followed by a proportional increase in graduation rates. The drop-out rate, the incidence of delayed graduations and the average duration of delays were already high before the 1969 reform and increased over time. While delayed graduations increased among students from both upper and lower classes, the drop-out rate grew only among the latter and stayed steady for the former. As a whole, absolute inequality persisted over time. When a slight reduction did occur, it was due to the declining performances of the upper classes, not to any improvement among the lower. 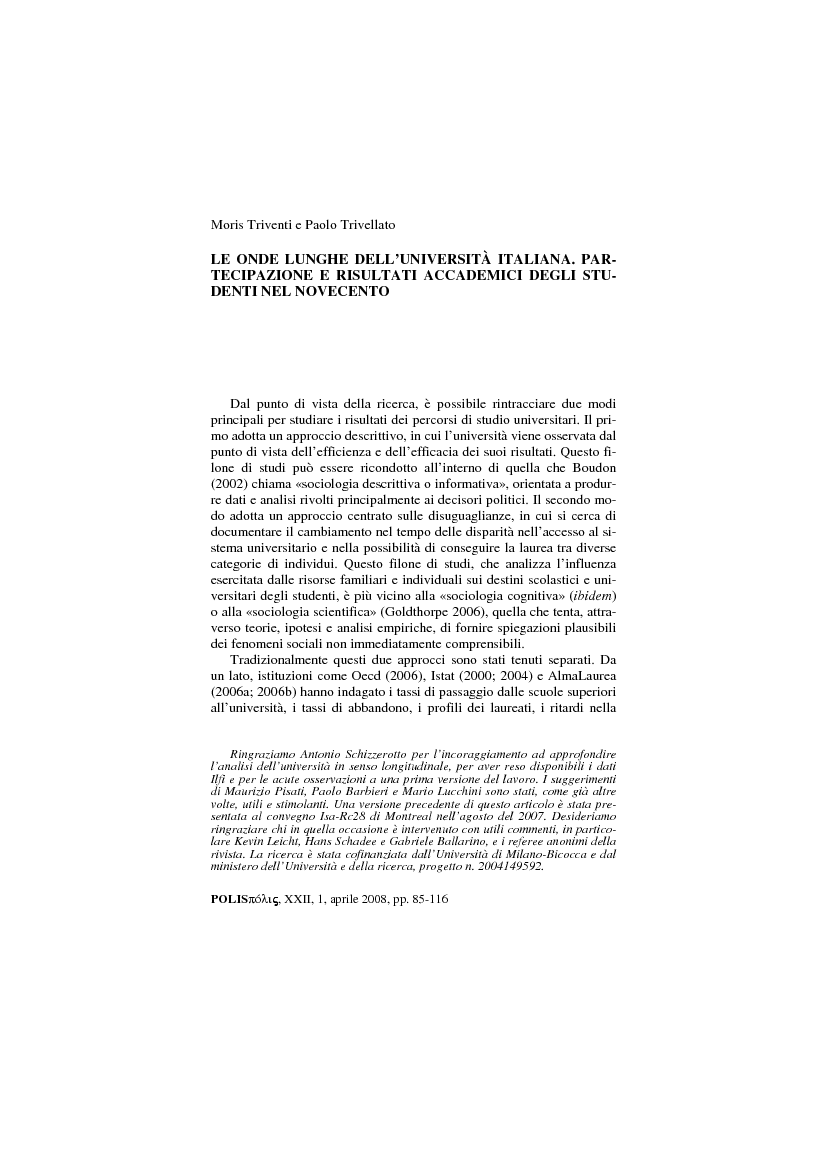