Within the public debate, the interpretation of the movements which have recently mobilized in Italy against the extension of mandatory paediatric vaccines has largely recovered quite obsolete and overcome models, as regards the relationship between science and society, as well as on a socio-political plan. Protests have been conceived as mere demonstrations of ignorance and refusal of scientific knowledge, thus being assimilated with populism and conspiracy theories while their demands have not been considered worth of any attention, let alone answers. The article moves between the Sociology of science and the Political sociology, relying both on quantitative data on participants to national demonstrations and on qualitative analysis based on a local case-study. Results challenge the reliability of those perspectives and propose an articulated and more nuanced insight of these movements. The proposed interpretation locates them in continuity with the trends which are reshaping the patterns of citizenship while at the same time relating them to some relevant knots deriving from the difficult coexistence between Western modern biomedicine and post-modernism. The analysis sheds new light on the apparent difficulty in resolving this controversy and on the necessity to elaborate new strategies of inclusion, and not only of communication, in order to face this complex issue. 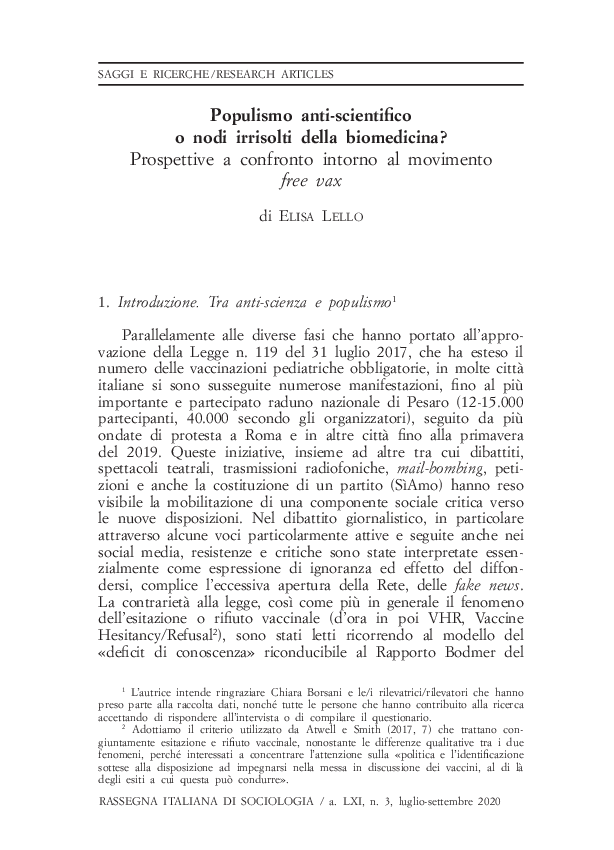