From the April 2002 the two-level degrees curricolar structure has been implemented, according to the Sorbonne-Bologna scheme. Each institutions now enjoys a larger autonomy by wich define the timing to implement the reform and its educational supply. The reform was intended to make the system more transparent both for students' choice and for labour market. Nonetheless, the outcomes, up to now, is of high uncertainty and confusion. The LMD reform was intended to substitute the previous curricolar structure, actualy it was not suppressed so that the old structure coexists with the new, bringing to a multiplication of the higher education qualifications, often without a real connection with labour market needs; the second level degree (Master) has been enacted with different structures and different selection enrollment criteria; strong lobbies struggle to preserve their institutionalized interests and exert pressures to pursue them. On the whole, the reform implementation seems to give way to a stronger balkanization of the French higher education, creating more disparities among higher education institutions and more obscurity than transparency in educational supply. 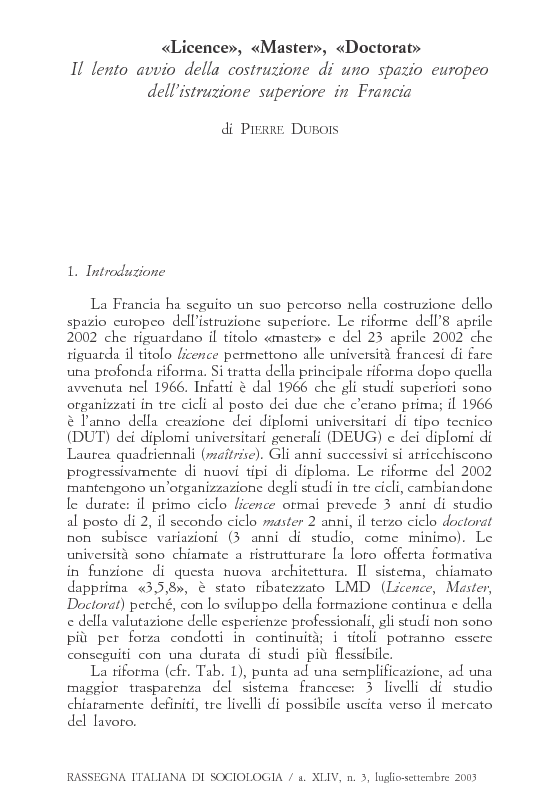