This article considers the papers included in the special section of «Rassegna Italiana di Sociologia» on forms of urbanisation in Italy. Urbanisation affects ever wider territories, spreading the effects of Wirth's triad (mass, density and heterogeneity) and raising questions of typologies and morphology, central concepts of sociology. This article reviews some international debates that frame these methodological issues, in order to position urban sociology among competing disciplinary and theoretical interpretative efforts. It criticizes in particular how scholars connect the material side of urbanisation with social urban dynamics. In order to do so, the paper sketches a comparative analysis of urban dynamics in France and in Italy, stressing the consequences of different governance systems. The aim is to underline some disciplinary confusions and to reaffirm the role of actors, institutions and coalitions that shape both phenomenologies and dynamics. In conclusion, together with the articles in the special section, it shows that urbanization brings together - rather than warding off - different types of cities, despite their marked historical paths. We argue that urban sociology should focus more on those who build, undergo and evaluate such urbanization processes, a concern that has been somehow less prominent in urban studies. 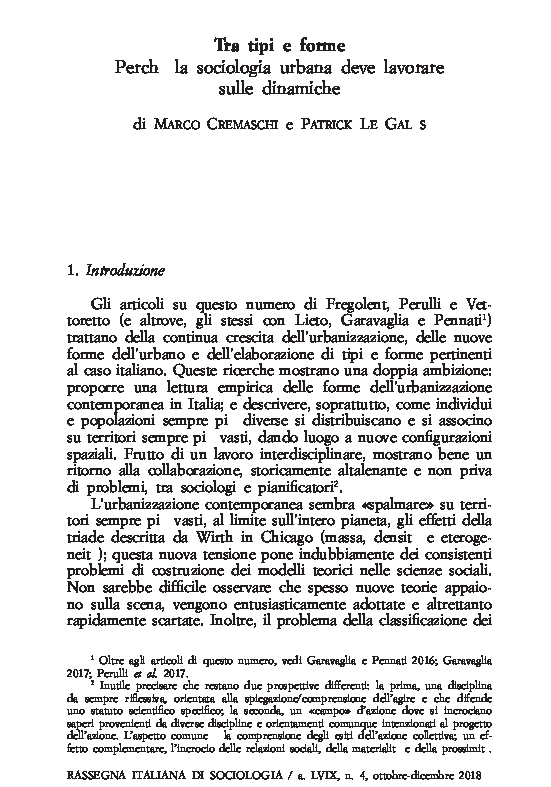