The paper assesses to what extent social background exerts a direct effect on occupational outcomes over and above the effect of education. Then, the variations of this direct effect are assessed: does it vary over genders, geographical area and level of education? Is it stronger at the outset of the occupational career, or is it stable over time? Does it change over cohorts? These questions are addressed using a pooled dataset including the "Indagine nazionale sulla mobilità sociale" (INMS, 1985) and the five waves of the "Indagine longitudinale sulle famiglie italiane" (ILFI, 1997-2005). Two measures of labour market success are considered: a) the probability to enter the service class (EGP I-II); b) the probability to avoid the working class (EGP IIIb, V-VI-VIIab). The main findings of the article are as follows. First, there is a considerable total effect of social origins on labour market success. When controlling for education, this effect decreases substantially, but it stills remains pronounced. It is stronger for men, for the low-educated and it does not change over geographical areas. It does not diminish over the individual career, and it is generally stable across cohorts. The reasons for these patterns are discussed, also with reference to the peculiarities of the Italian case in comparative perspective. 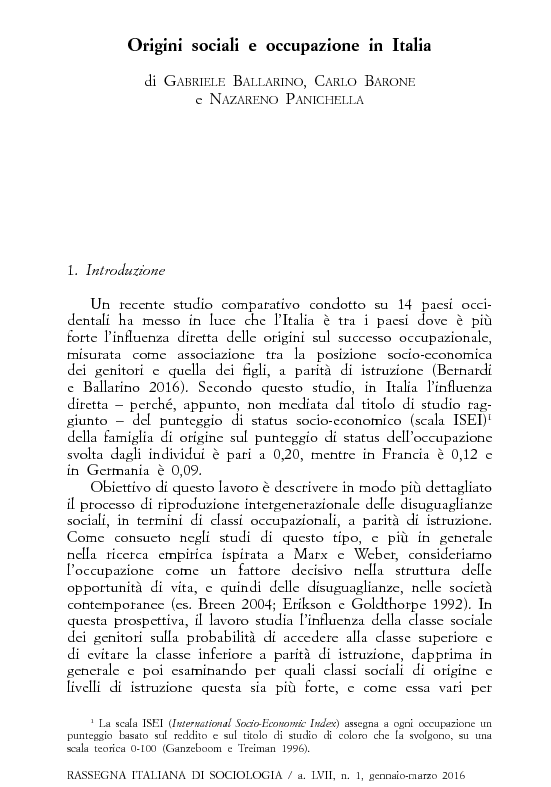