During the past few decades, the geographical distance of the past and the presence of different temporalities in the relationship between us and the others and, in particular, Europe and Islam have been gradually superseded by proximity and simultaneity of experiences which represent some of the distinctive features of the current globalized societies. However, beside the impossibility to place otherness in a far physical and symbolic terrain, the question of a confrontation with a contemporaneity often perceived as difficult and disturbing has gained increased visibility. Muslim women, with their bodily and symbolic evidence, play a crucial role within discursive practices where the issue of religious signs has become an emblematic political node of the tensions between Islam and the West, Muslims and European political cultures. Nevertheless, accurate socio-ethnographic analysis of the ways Muslim women negotiate their multiple belongings and rebuild the social link between subjectivity and public space suggest the presence of a more complex scenario where different narratives and strategies concerning modernity and being modern within European societies often overlap. Daily life, in this perspective, plays a crucial role: i.e. those interaction settings such as physical and symbolic spaces where the presence of the other is made meaningful and where stereotypes produced at public level my be domesticated. 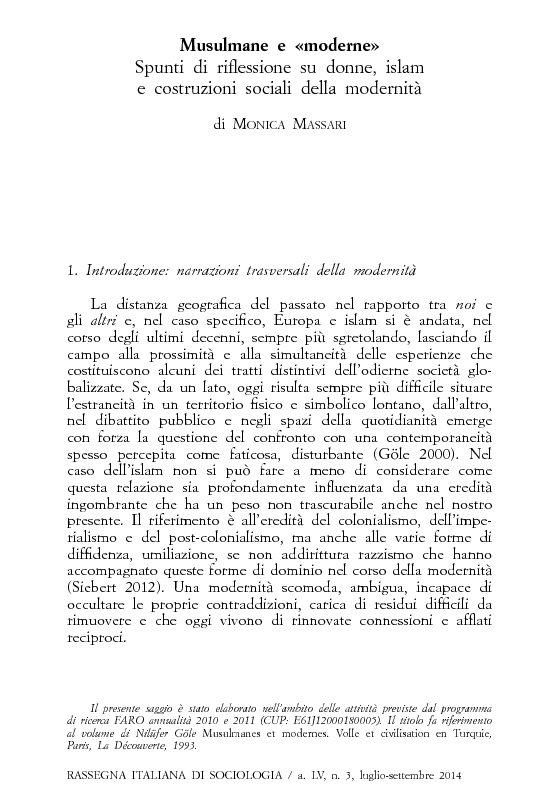