Our work assesses immigrant-native differentials in Italian upper secondary education. We consider both drop-out risks and segregation between school tracks. Using data of the Italian Labor Force Survey, we detect evidence of a marked disadvantage of Students with Migratory Background (SMB). We find that this gap varies substantially according to country of origin, generational status, and time spent in Italy. First-generation immigrants as well as SMB from China, India, and Maghreb display the lowest school participation rates. Next, we assess to what extent family socioeconomic deprivation accounts for the SMB-natives educational gap. More specifically, we apply fairlie decomposition in order to estimate the contribution of social class to the gap between SMB and natives. We find that social class accounts for at least half of the SMB-natives gap, but this gap remains remarkable even after controlling for social class. Moreover, we show that the conditioning role of social class operates in roughly similar ways among SMB and natives. Finally, we show that no significant interactions exist between migration background and two further sources of educational inequality: gender and area of residence. 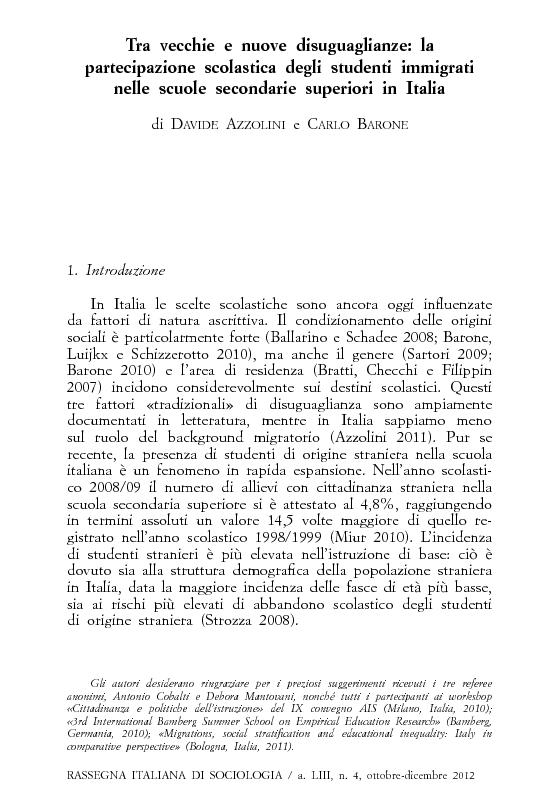