Considered in time, an organization looks like a, unique and irreversible, becoming of more or less properly co-ordinated behaviours (course of decision and action). None the less we think of organisation as something constant, recurring, regular, structured. The question is about the gap between these two notions of organization. The gap, it is argued, has a cognitive root, as far as it refers to different ways of speaking of the «same» state of affair. The basic cognitive operations are then considered by which we extract permanency out of becoming and confer meaning to what we are doing. The notions of «con¬text» and «structure» are here discussed. Concluding the paper the question of meaning is again resumed in connection with typical organizational processes like accumulation (stock) and development. 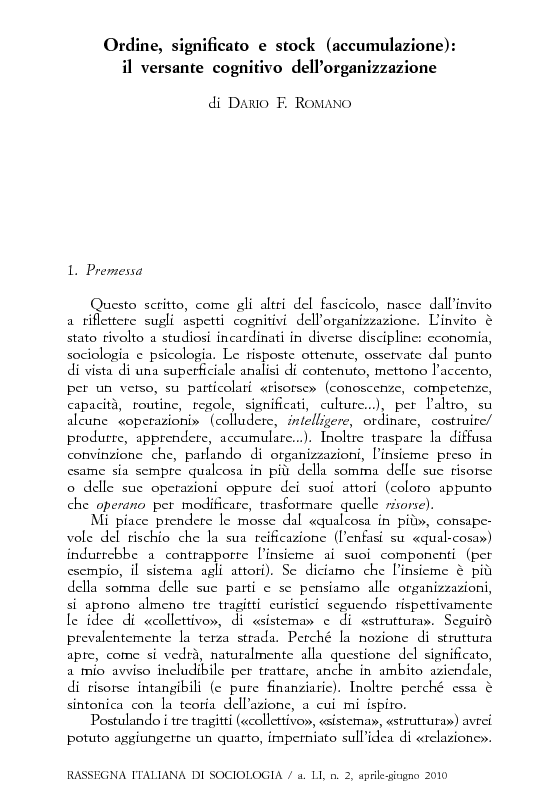