Important changes have characterized the social and economic role of women. For the latter paid work has progressively become a fundamental part of their life. Yet such important changes have not corroded a division of labour that sets down to them high informal responsibilities, generating in many cases conflicts between familiar and work activity. The present article is focused on Italy and proves the stability of the gender division of labour mentioned above. In particular a set of specific explanatory variables are stressed: a socio-cultural milieu that reinforces a strict division between public and private spheres, and a traditional understanding of men and women with regard to paid and unpaid work. Such cultural delay, that produces heavy repercussions on the participation of women to labour market and on the construction of coherent and stable careers, has been analyzed though an empirical research. This looks at the circular relationship between the cry¬stallization of beliefs and conventions about the social and economic role of women, and the institutionalization of public and private-firms work-life balance policies, that tend to interpret conciliation to be basically a female issue. Analyzing the social environmental influence that classifications and logical operations have on action, the article inquires the potential for women adhesion to those interpretative scripts. 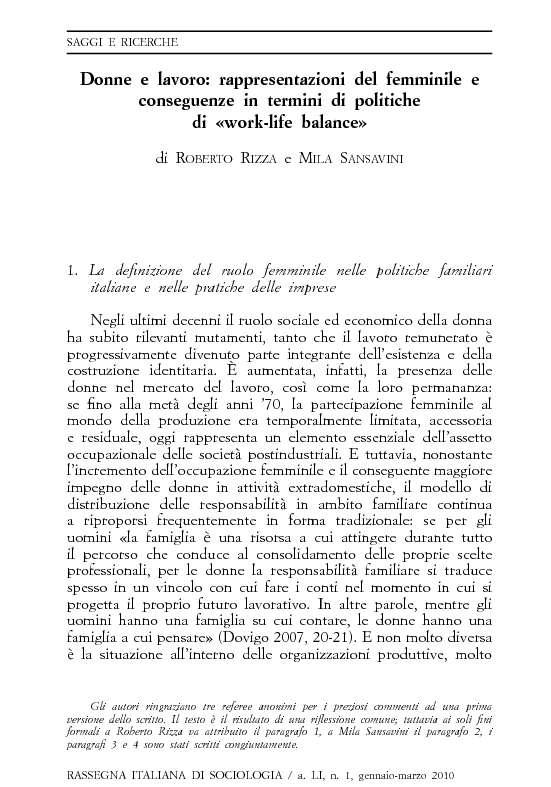