At the end of the '90s the Italian system of higher education has received a rather strong pressure to transform its structure. The pressure came both from the national government and from the so called "Bologna process" at the international level. As a result, a comprehensive reform of the curricula structure has been introduced and activated in a very short period of time. This article derives from a monitoring project carried out on six universities in order to verify the degree of the reform implementation, and the attitude of the academics toward a substantial changing process in their professional behaviour. Some theoretical approaches - namely, the path-dependence approach, and Margaret Archer's macro-sociological perspective - have been utilised in order to interpret the process of reform introduced from the outside in the university system. Data from a survey have been also analysed to verify the main hypothesis, and detect the degree of acceptance of (and resistance to) the reform. In this respect, membership to different scientific disciplines has emerged as the main explaining variable of the academics' attitude. 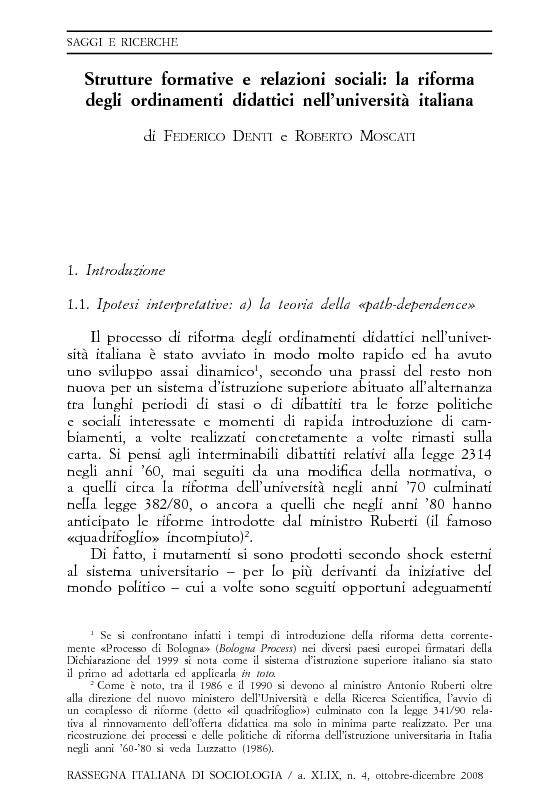