The end of the Nineties testifies for the explosion of local conflicts on environmental and territorial issues. Differently, at least in part, from the ecological protest of the seventies and the eighties, the protest campaigns of the nineties do not see the prominence of ecological or environmental groups and associations, but more the actions of dozens of local groups, often referred to, in the press and the political debate, as "citizens committees". Citizens committees usually mobilize on issues referring to a small territorial area, use various forms of protest, are organized in very loosely structured forms. The issues they rise go from pollution to security, from city planning to services to the local community. Notwithstanding they informal character, these groups are often able to build complex relationships, of cooperation but also competitions, with environmental associations, local newspapers as well as the decentralized institutions of local governments, local newspapers, single administrators may, for different reasons, join these campaigns. Based on interviews with members of citizens' committees and with public administrators in Florence, the articles discusses the challenges that this form of citizens' participation present for representative democracies. 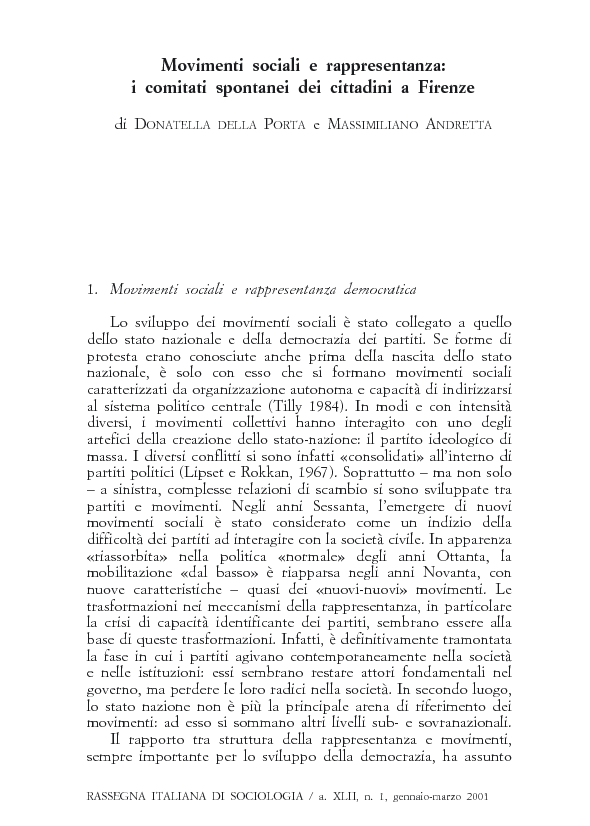