This article discusses the opportunities and limitations of rational choice theory (RCT) in the explanation of macro-sociological regularities. First of all, the advantages of RCT are discussed, emphasizing its wide (though often implicit) use in many core areas of empirical research. Then, the main lines of criticism against this perspective are addressed. I suggest that the most common objections, that concern the issue of "realism" of RCT models, understate the difference between the key assumption of RCT (the postulate of consequentialism) and the auxiliary assumptions about the goals of the actor and his/her level of information. I further argue that the problem of realism should be treated as an empirical issue that depends on the specific explanatory tasks at hand and I illustrate this argument with reference to the analysis of educational differentials. However, a number of limits of RCT must be fully recognised. On one side, we need to develop a more systematic theory of preferences, but RCT seems of limited use in this regard. On the other side, RCT has scarcely progressed in the explanation of the symbolic and expressive dimension of social action. These problems suggest the need to integrate RCT with other perspectives that share the main assumptions of RCT and that seem to offer viable solutions to the problems mentioned above. 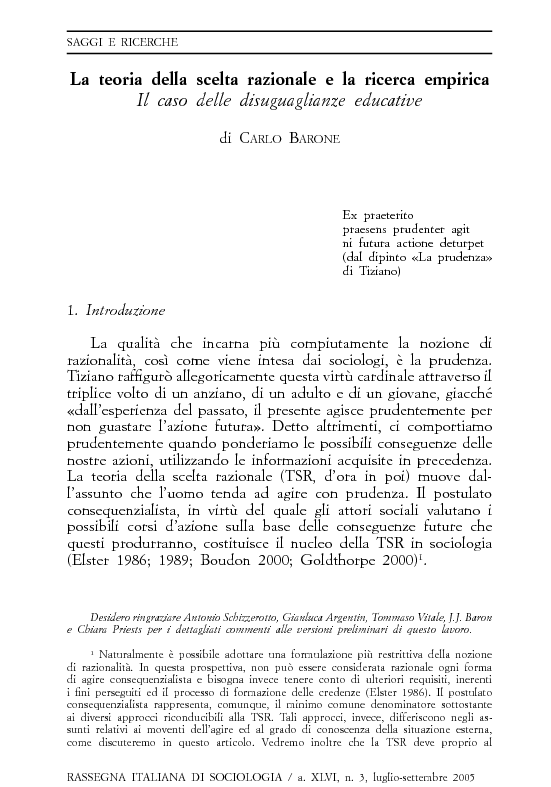