Calls for «global sociology» are nowadays commonplace. Sometimes they are framed in a positive way, but more often are presented in a negative register, suggesting that sociology’s evident institutional inequalities and related analytical failings are so great that the discipline risks losing any claims to relevance as the world changes around it. Such demands suggest the need for partial or total intellectual overhaul of sociology, to render it fit for purpose today, epistemically, institutionally, and ethically. Sociology is seen to be overwhelmingly located in metropolitan locations in the Developed World and Global North. This institutional imbalance is widely understood to reproduce chronically Euro-American-centred analytical orientations. There is much to be gained today by taking a position on «global sociology», forwarding one’s own preferred position while simultaneously criticising the positions of others. Sociological careers can be forged and intellectual kudos and recognition, which, by the very terms of the debate itself, are truly planetary in scope, can be won. This paper critically assesses some major positions in today’s «global sociology» game. Against the background of controversies over universalism and indigenization, the paper focuses particularly on Southern Theory and Postcolonial Sociology, and indicates some of their major problems. 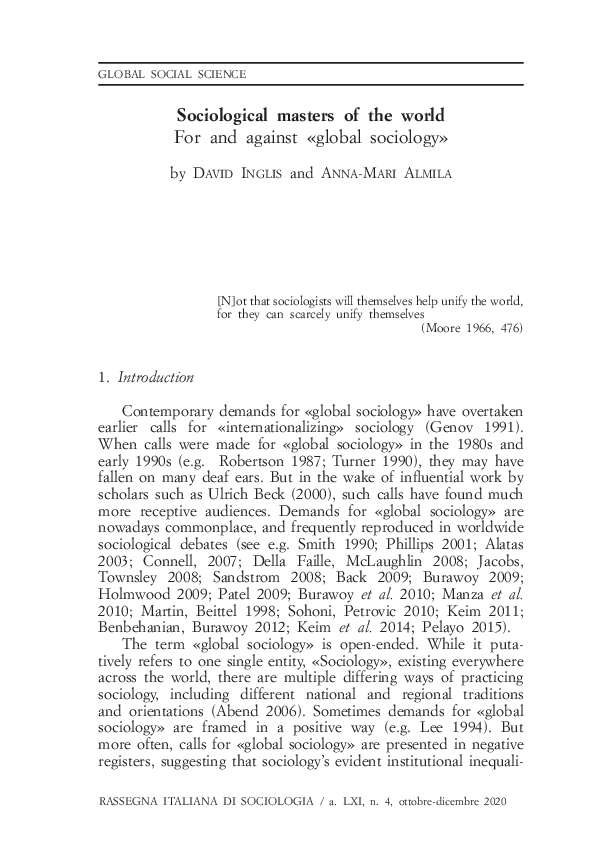