In this paper, we discuss the recent, special dialogue between philosophy and (cognitive) neuroscience. Forty years ago, in the notorious Sloan Foundation Report on the State of Cognitive Science, these two disciplines were taken to be very poorly interconnected. But things seem to be very different now, as their connection has strengthened in the very recent years. On the one hand, a growing number of philosophical inquiries are now more and more empirically informed by neuroscientific data. On the other , issues concerning the foundations of cognitive neuroscience are making their way into the agenda of philosophers of science. In order to assess the current status of the interactions between philosophy neuroscience, we present four case studies, two for either direction. In the first two cases selected, picture perception and Molyneux's question, there is a clear example of how philosophical analysis is constrained and informed by neuroscientific findings. In the other two cases, we discuss the epistemological analysis of common inferential practice used in cognitive neuroscience, namely, forward inference and reverse inference. In our concluding remarks, in virtue of what it has been said by referring to these four case studies, we assess the status of the contemporary relation between philosophy and neuroscience from the perspective of two notions of 'philosophy' recently proposed. 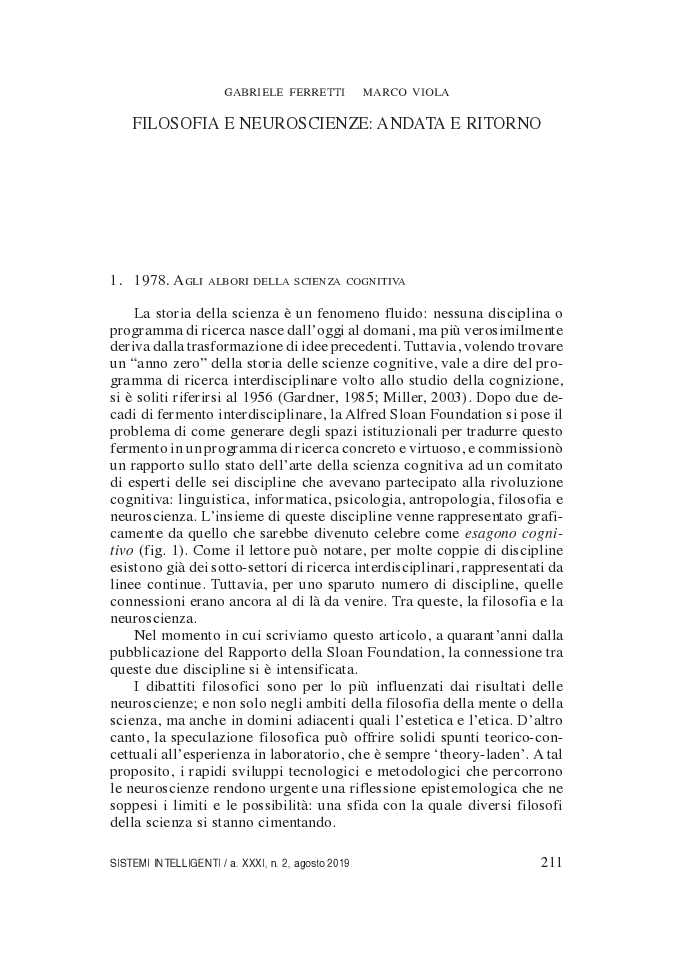