Reputation is one of the most effective solutions to the so-called «puzzle of cooperation», but it is usually studied in contexts in which information is not ambiguous and there are no incentives towards strategically using it. In this study, we test wheter the possibility of being evaluated (with a like or a dislike) when giving suggestions about a deal in a competitive game has an effect on truthfulness of suggestions. We designed a computer-mediated experiment and we tested adolescents in a high-school in Italy, with the aim of understanding the development of reputational dynamics and how adolescents deal with competing incentives. Our results show that when reputations introduced, adolescents become more cooperative, both in terms of donations to partners and of suggestions offered. We also observe that reputations, both positive and negative, behave as attractors, thus those of ill-repute receive negative reviews even when they cooperate, and individuals with positive reputations keep on receiving positive evaluations even when misbehaving. Our study adds to the literature on reputation and cooperation by showing how adolescents behave with reputational incentives in a competitive game, but also by investigating the interplay between reputational and material incentives. 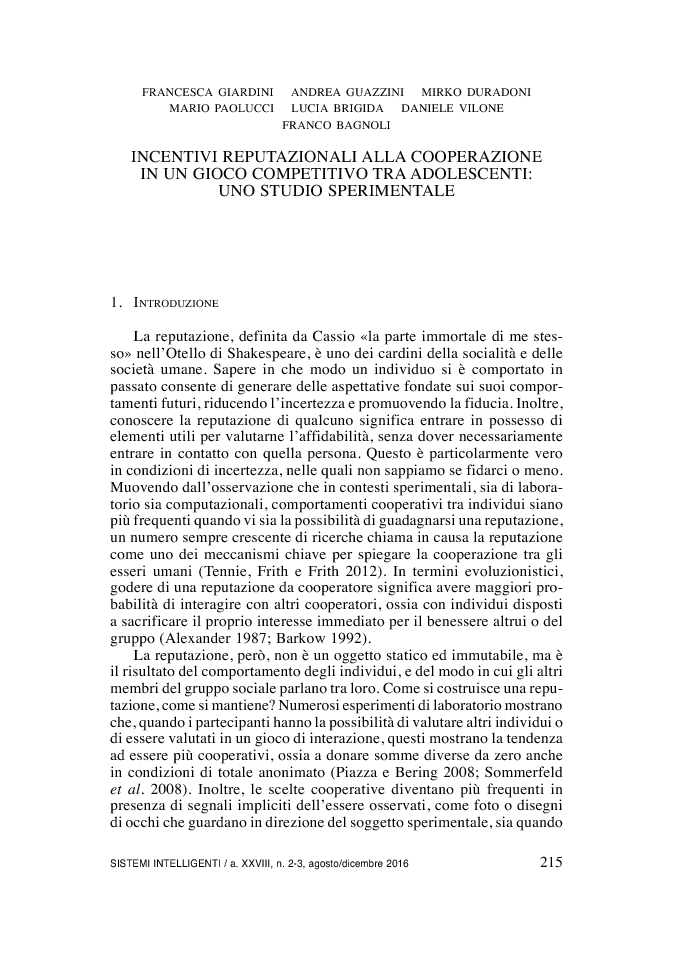