In cognitive science, automatic computational processes are widely considered to be the mechanisms underlying communication functioning. According to this interpretative model, formal computations may account for the linguistic comprehension and production processes in a mechanicistic perspective. In this sense, from a psychological point of view communication hinges on what individuals actually say by expressing a sentence, irrespective of extra-linguistic components. Although automatic mechanisms led by syntactic procedures may explain some key factors of language, these devices seem to be insufficient to allow for other important elements at the level of discourse. Starting from the idea that communicate means to produce and comprehend discourses, in this paper we will argue against the computational model of language, even in its actual revisited version. In particular, we will claim that pragmatic inferences involved in discourse interpretation are not explainable by a strictly modular architecture. Assuming as a case study the elaboration of a specific inference - namely the scalar implicature - we will propose the necessity of an alternative model that clarify the cognitive architecture underlying discourse elaboration. 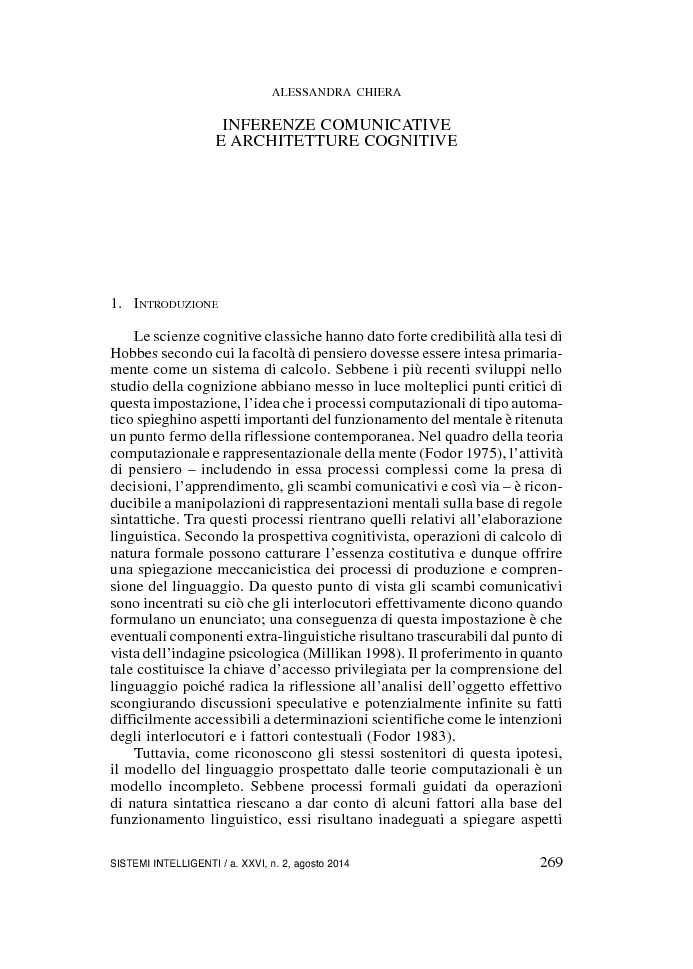