The experience of agency, i.e., the registration that I am the initiator of my actions, is a basic and constant underpinning of our interaction with the world. Whereas several accounts have underlined predictive processes as the central mechanism (e.g., the comparator model by C. Frith), others emphasized postdictive inferences (e.g., post-hoc inference account by D. Wegner). Based on increasing evidence that both predictive and postdictive processes contribute to the experience of agency, we here present a unifying but at the same time parsimonious approach that reconciles these accounts: predictive and postdictive processes are both integrated by the brain according to the principles of optimal cue integration. According to this framework, predictive and postdictive processes each serve as authorship cues that are continuously integrated and weighted depending on their availability and reliability in a given situation. Both sensorimotor and cognitive signals can serve as predictive cues (e.g., internal predictions based on an efferency copy of the motor command or cognitive anticipations based on priming). Similarly, other sensorimotor and cognitive cues can each serve as post-hoc cues (e.g., visual feedback of the action or the affective valence of the action outcome). Integration and weighting of these cues might not only differ between contexts and individuals, but also between different subject and disease groups. For example, schizophrenia patients with delusions of influence seem to rely less on (probably imprecise) predictive motor signals of the action and more on post-hoc action cues like e.g., visual feedback and, possibly, the affective valence of the action outcome. Thus, the framework of optimal cue integration offers a promising approach that directly stimulates a wide range of experimentally testable hypotheses on agency processing in different subject groups. 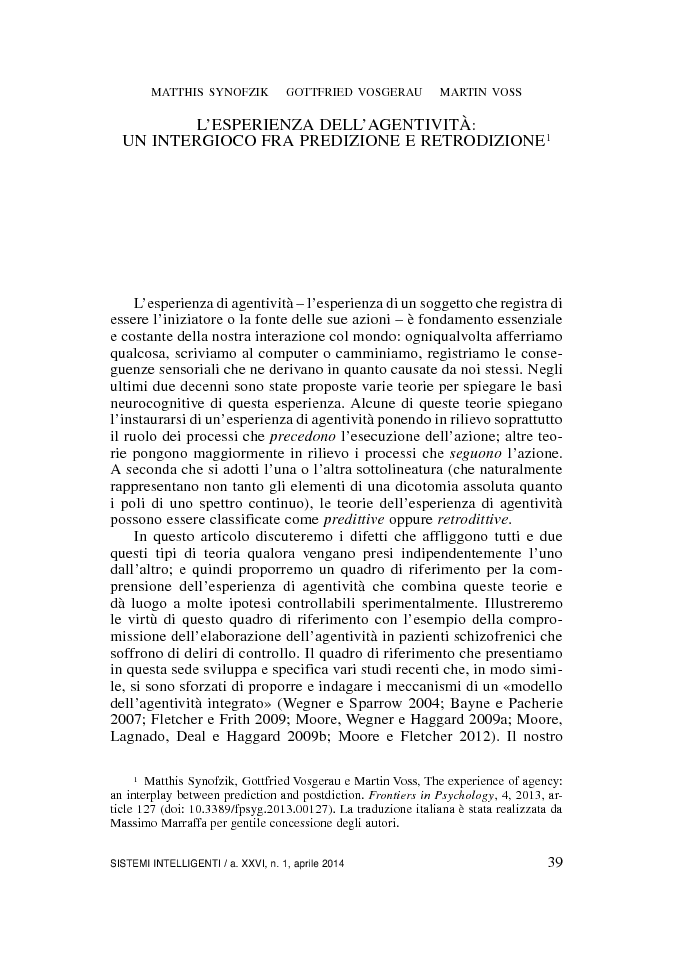