This paper opposes the view that studying argumentation from a decision theoretic perspective is a purely descriptive project. On the contrary, I argue that such approach is naturally suited to tackle normative issues, shedding new light on how strategic rationality interacts with other virtues of argumentation - namely, inferential validity and dialectical appropriateness. Recent studies propose to analyze argumentation by focusing on arguers' decision making. An argument is the product of a sequence of decisions, made by two or more parties in dialogical interaction: thus its structure and outcome will depend on the decision processes and strategic skills of the arguers. In spite of some promising results, this approach still remains relatively underdeveloped in argumentation theories. Reviewing the relevant literature, I contend that argumentative decisions have been marginalized mostly because they are assumed to pertain a descriptive level of analysis, whereas argumentation theories typically focus on normative issues. Inasmuch as argumentative decisions concern what arguers do, as opposed to what they ought to do, this topic is of little consequence for argumentation theories. However, the premise of this reasoning is false: it is not the case that focusing on argumentative decisions leads to abandon normative concerns. Quite the opposite: by looking at arguments as the product of decisions, many competing models of rational choice become potentially relevant for argumentation. The key point is that strategic rationality, however modeled, is not the type of rationality typically considered in assessing arguments, where it is customary instead to look for inferential validity and/or dialectical appropriateness. Yet, arguers care also (and possibly mostly) for strategic considerations. Reconciling these different forms of rationality is a task that argumentation theories should embrace, rather than avoid. 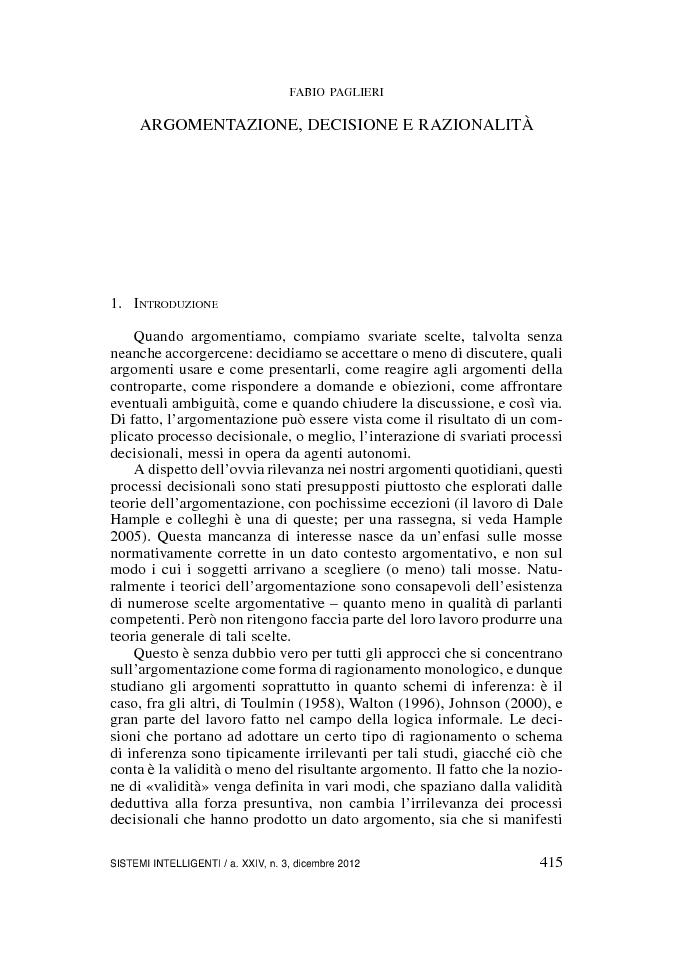