Theories on Social Cognition are characterized by the opposition between individualist and social approach. The first conceives the development of the self as separate and distant from the others. The second, on the contrary, characterizes the constitution of the self as intrinsically social. Hypothetically, the theory on mirror neurons seems to support the second approach, in particular for the phenomena of Attribution and Self-Others relation. Actually, until now, there are not sufficient experimental data that can corroborate definitively the hypothesis. 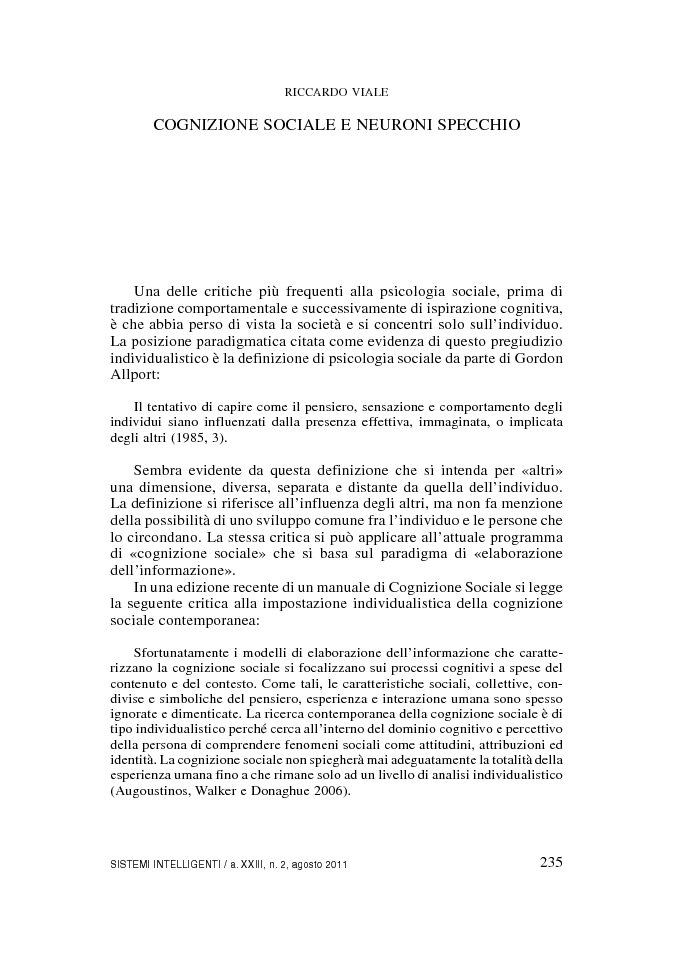