The empirical constraint of the psychological plausibility establishes a very strong linkage between speculative assumptions about the nature of mind and cognitive architecture models at their foundation. In this context, the classical cognitive science has been characterized by association with the computational theory of mind, which until not long ago has been considered the only plausible explanation of the mind from a scientific point of view. Although this association has produced highly significant results, it has also limited the scope of scientific psychology. In particular, this article will show that the adhesion of classical cognitive science to the principle of formality imposed by the computational model of the mind has motivated the exclusion of consciousness by the reflection on language. This led to a particularly significant outcome, namely the inability to account for some aspects of language functioning at the processing level of discourse. In this paper, we will claim: 1. that the ability to produce and understand discourses in a manner appropriate to the situation is based on individuals' capacity of navigation in space and time; that the space-time orientation is guaranteed by the projection of the self that involves a special kind of consciousness. In conclusion, restoring the role of consciousness in discourse comprehension and production processes makes it possible to rethink some issues that in the classical perspective remained out of the reach of the empirical research. 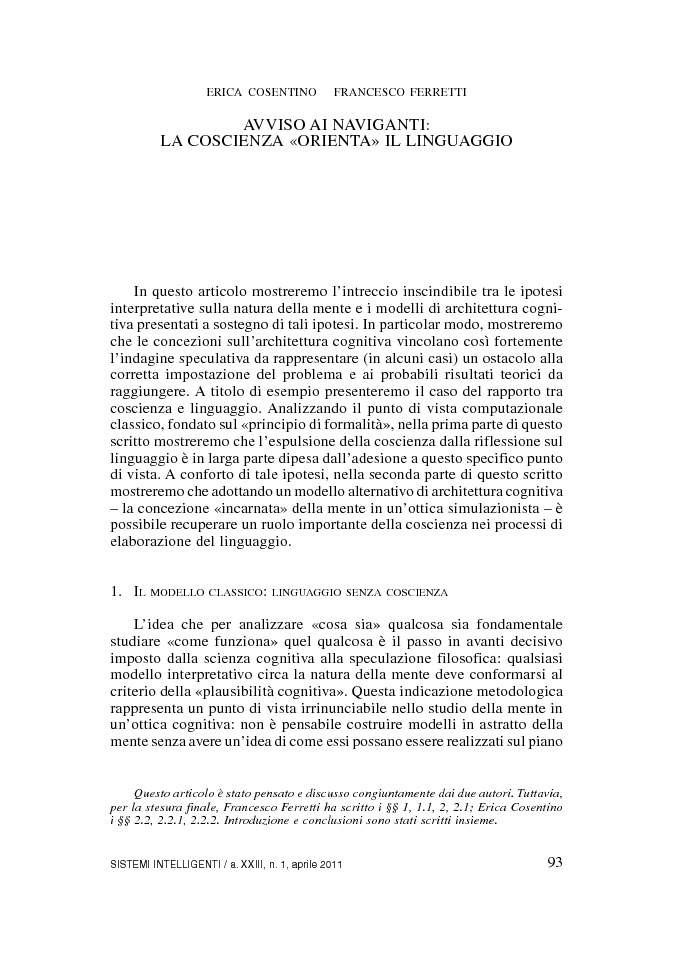