Various neuroimaging techniques are able to «see» how memories are formed, which brain areas are activated during a recall task by taking into consideration pulse and stimuli. The question is whether we can scientifically assess these shifts in brain activation, if they are «measurable», if they can be wrongly diverted by suggestions or errors, or whether it is possible «see» the paths of conscious deception. Empirical evidence account for the new interest in cognitive techniques like Brain fingerprinting, Forensic IAT, etc. A considerable debate has started about the similarities and differences with the polygraph and other suggestive techniques to be excluded in trials. Restrictions to the witness full freedom are indeed forbidden in the Italian system, and it follows that a test based on the stimulation of images (the scene of a crime, the reconstruction of a crime) is expected to change the serenity or veracity of the witness' responses. Evidence collected by these techniques are classified as atypical neuroradiological means that can be allowed to be used just because of similarities between brain imaging and DNA evidence. Empirical investigation, applications in criminal trials, and increasingly interactions among lawyers, psychologists, neuroscientists are needed to validate the use of these techniques in the forensic arena. 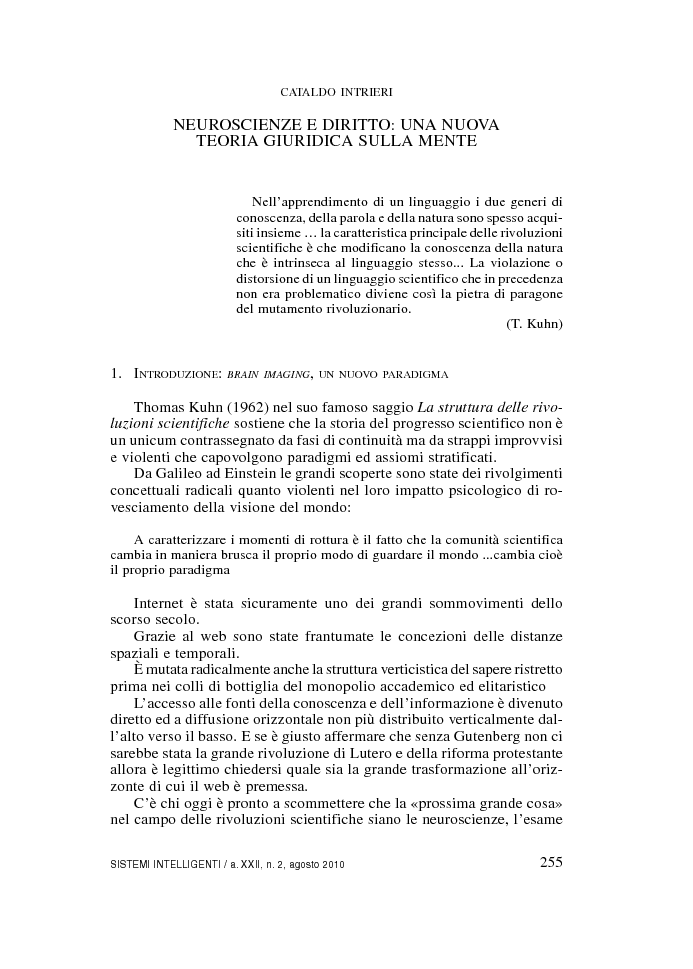