Research showed that a small talk baseline is ineffective for veracity assessments. On the contrary, it has been suggested that a comparable truth may be. In this experiment, we tested its efficacy. Thirty-seven participants took part in the experiment. Mean age was of M = 27.06 years and SD = 8.14. All participants performed a set of actions about which they were then interviewed. Factors were veracity condition (between) and time of the interview (within), whereas dependent variables were several verbal and nonverbal behaviours. A univariate interaction effect between time and veracity appeared for vagueness, F(1, 35) = 4.59, p < .05, visual, F(1, 35) = 4.68, p < .05, and spatial details, F(1, 35) = 7.10, p < .02. Follow-up analyses demonstrated that liars only showed differences during the interview. Our results support the idea that a comparable truth baseline may have potential as an interviewing technique for veracity assessments. Its efficacy can be rooted in interpersonal dynamics and intrapersonal differences, as different persons may show different cues to deception. 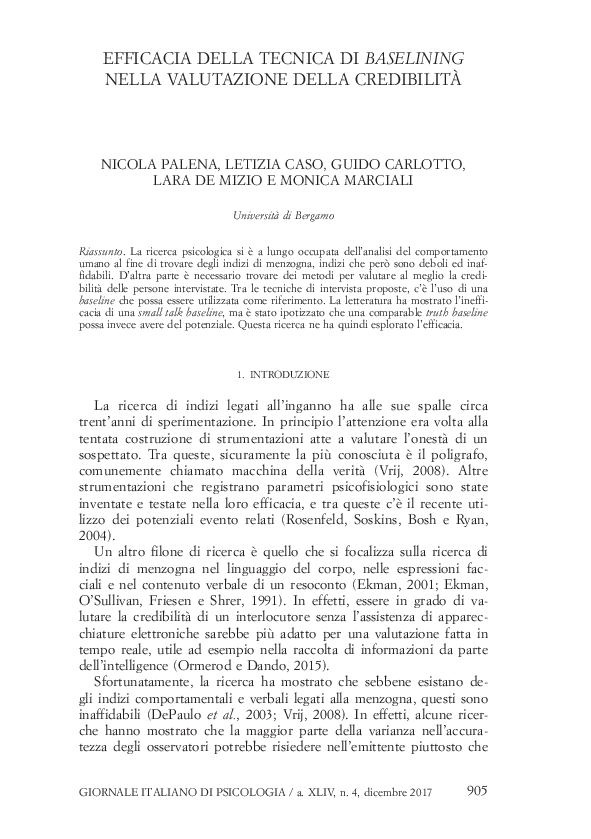